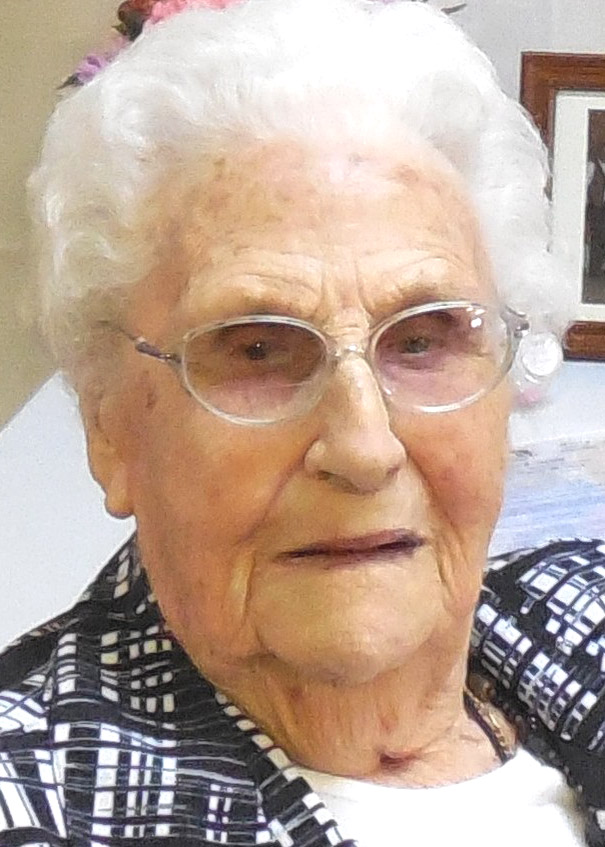 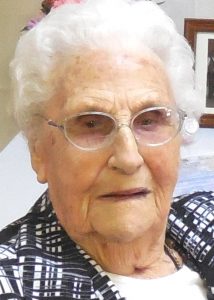 Aurolyn B. united in marriage with Harold D. Turpin, on June 18, 1943 in Hannibal, Missouri.  Harold preceded her in death September 5, 1996.  A.B. was a member of the Assembly of God Church in La Belle, Missouri.  She graduated from Bowls Rural School and from LaBelle High School.  She was a Gem City Business College graduate.

A.B. spent all of her life with her husband farming in the LaBelle area.  Known in the area as a great cook, she was employed at LaBelle School, Knox County Nursing Home, Parrish Place and Agnes Café.  In addition, she also worked at the Edith and Bill West Grocery Store doing general stocking and working at the meat counter.  She was a care giver to several people within their homes sitting and caring for the elderly at night time.

She was an amazing cook with an astonishing talent in making pies and homemade “noodles” – she always had a pie at Christmas time for each child, grandchild and in-laws.

Aurolyn has been a long time member of the American Legion 60+ years, the last remaining founding member of the LaBelle Saddle Club 65 years, member of the Mary Makers Club and a recent Grand Marshall of the LaBelle Harvest Fest.  She was an avid card player at different locations until recently when her eye sight has prevented leaving her home at night.  Her grandchildren and children will tell you she can still play with the best and always willing to “shoot the moon” to win.

Her parents, husband, and three sons Ronnie, Bob and Jim Turpin preceded her in death.

Funeral services will be held 10:30 a.m. Friday, May 29, 2015, in the Coder Funeral Chapel in LaBelle, MO.   Officiating the services will be Pastor Debbie Schmidt and Pastor Ted Middleton.  Music will be “Old Rugged Cross” and “One Day At A Time”.

Visitation will be held after 4 p.m. with family receiving friends from 6 p.m. to 8 p.m. Thursday, May 28, 2015, in the Coder Funeral Chapel in LaBelle, Missouri.

Memorials in memory of Aurolyn B. Turpin may be made to LaBelle Nutrition site and or LaBelle Assembly Of God Church.  Memorials may be left at or mailed to Coder Funeral Chapel, P.O. Box 151, LaBelle, MO, 63447.