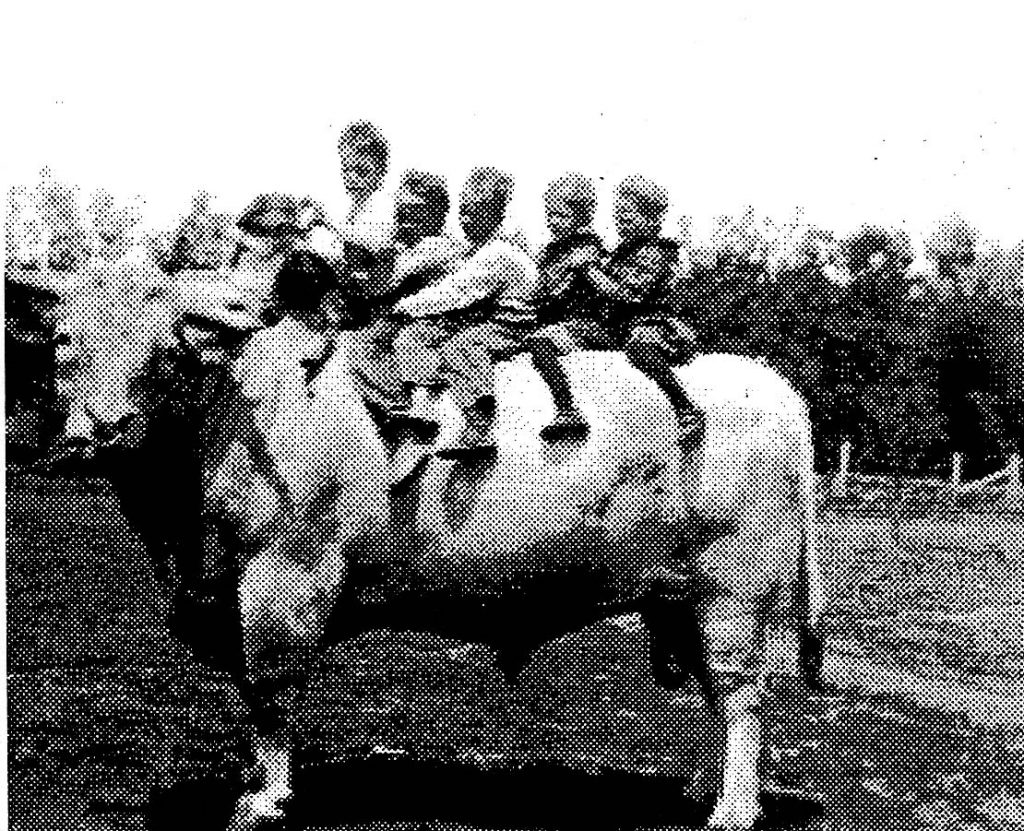 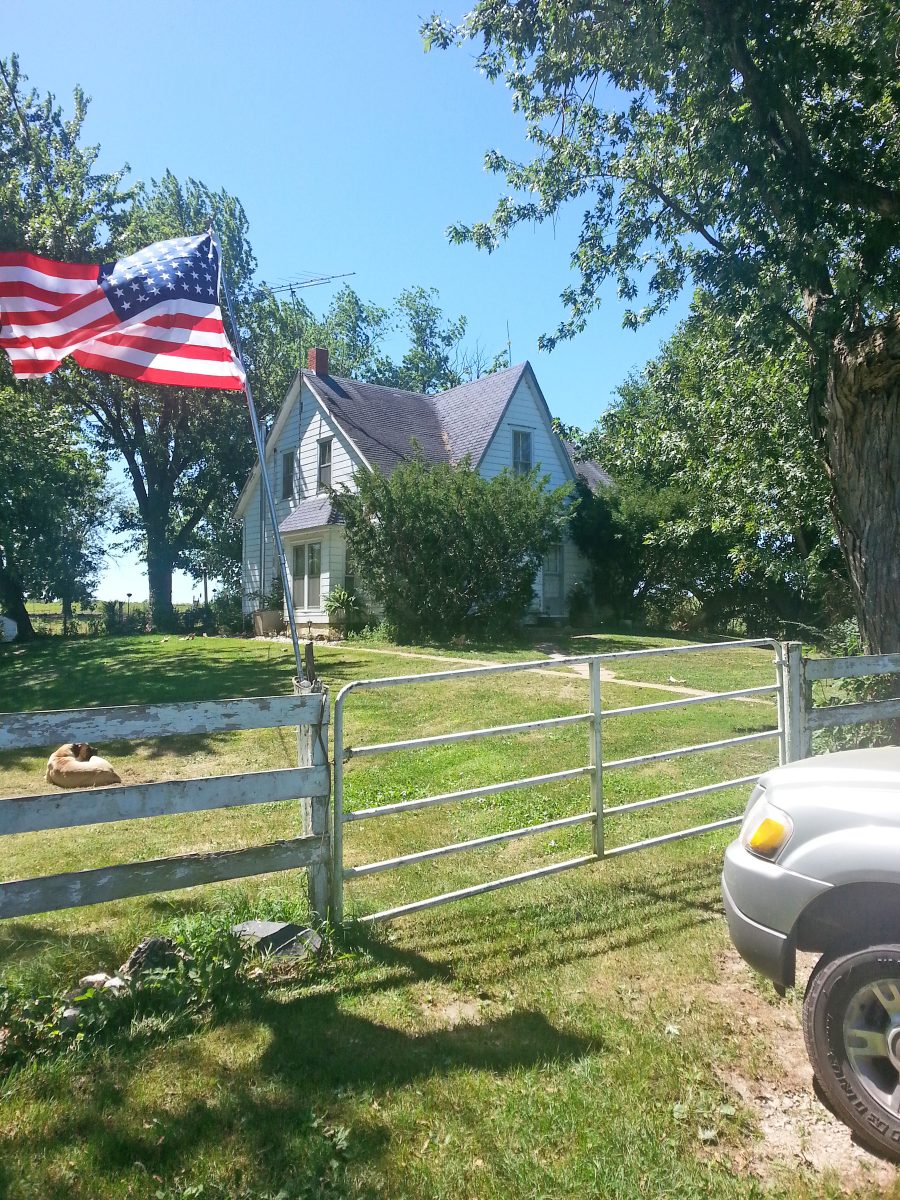 The French house, near Athens, was built around 1900 on the foundation of the original log cabin on the property. The family built a new barn first, then moved into the hayloft while the new house was being built. It used most of the wood of the original cabin. 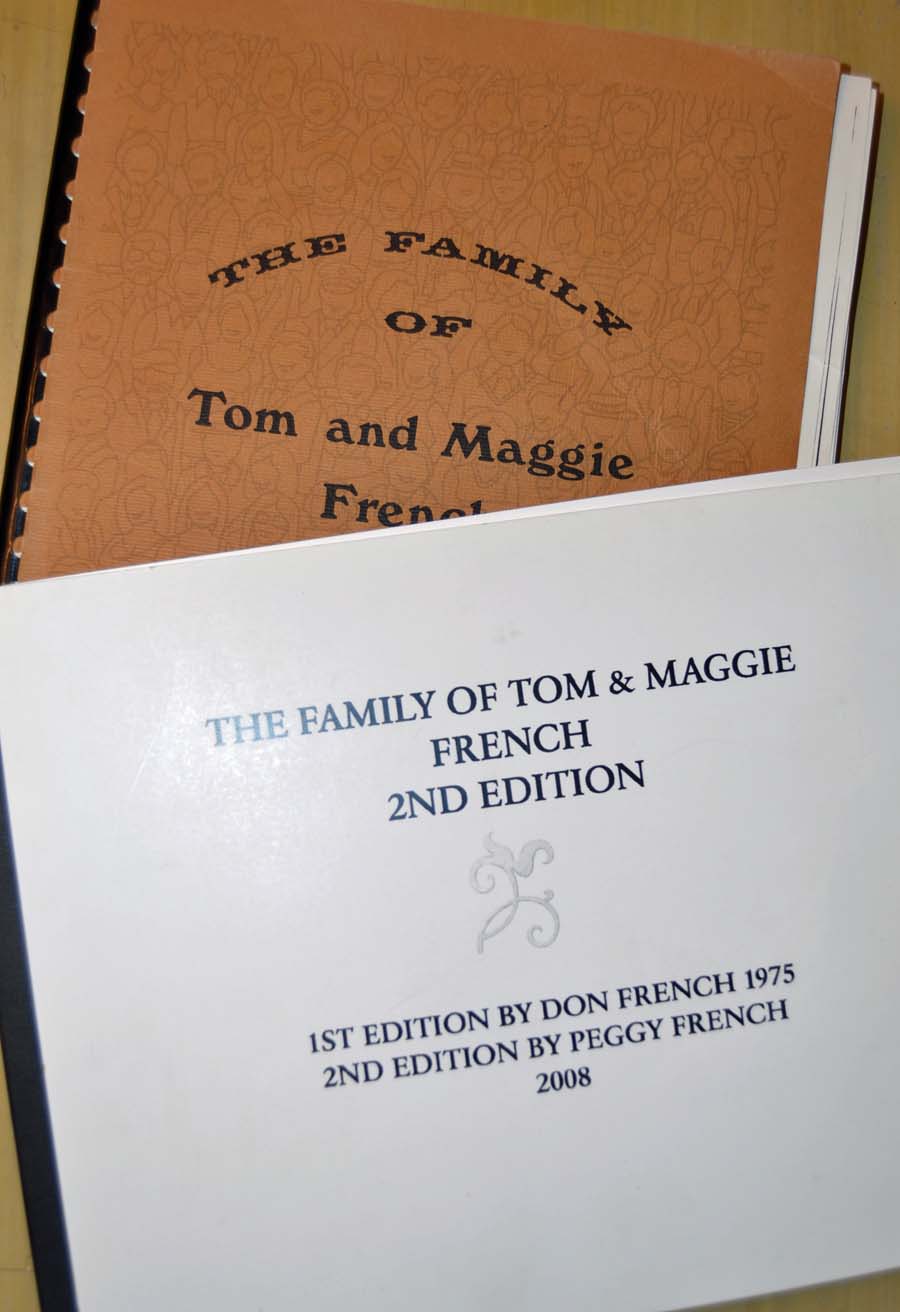 These history books detail the French family history and stories, and were a major source of information for this story. 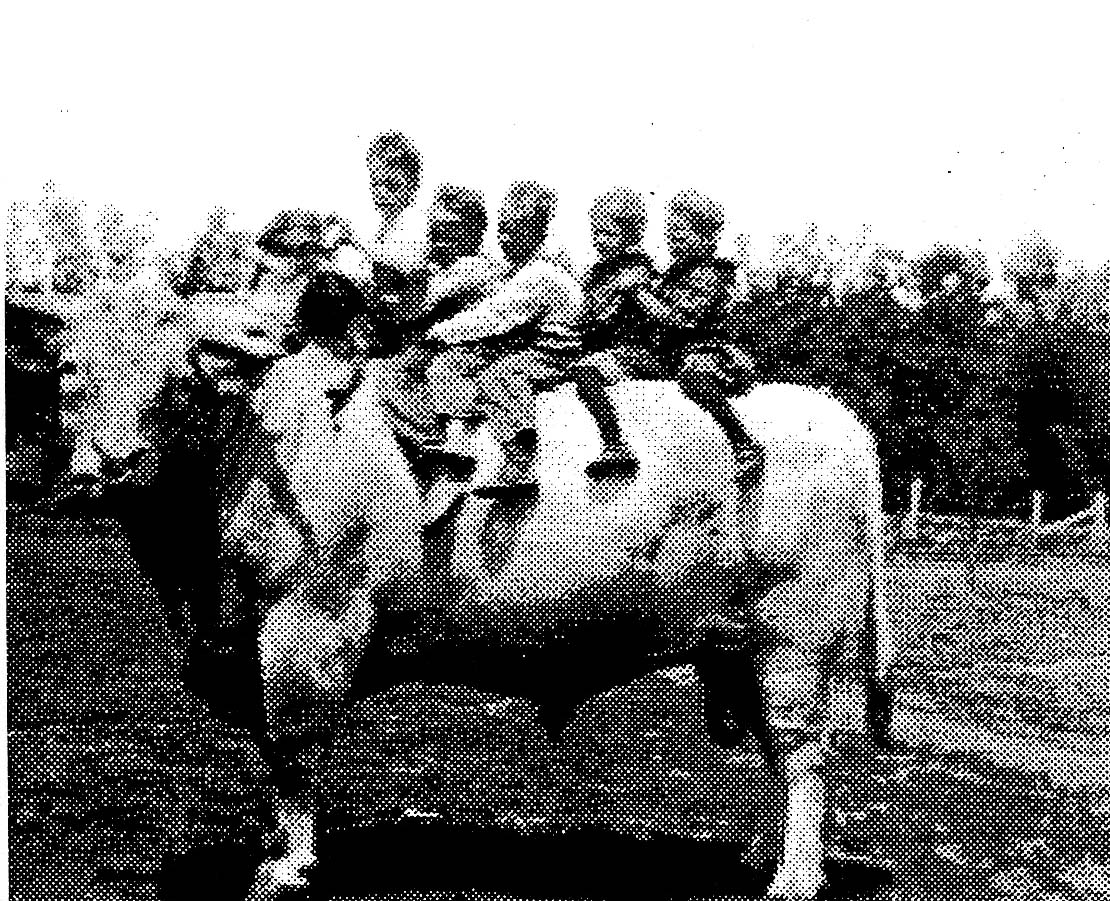 Thomas French’s purebred bull, about 1910, with several of the French children on its back.