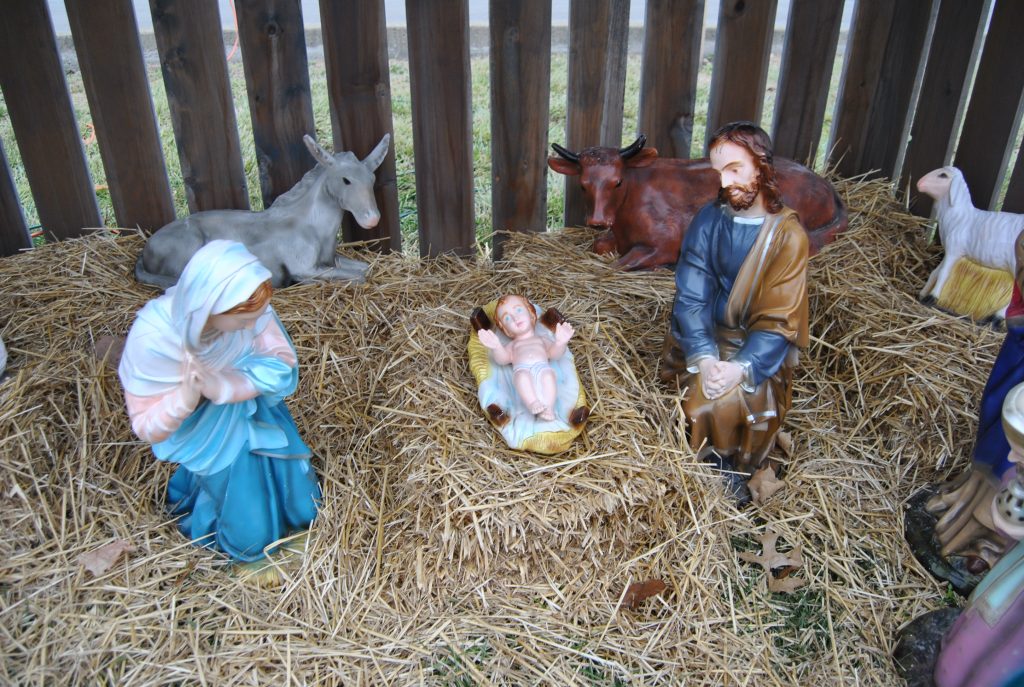 According to Edina Police Chief Kelly Hayes the baby Jesus figure in the Citizens Bank of Edina Nativity has been stolen – again.

Last November the Jesus figure was stolen for the first time from the bank’s parking area. The Nativity had been set up for over 20 years prior to 2014 with no problems or missing pieces. Now, for the second year in a row the Jesus figure has been taken.

Chief Hayes is asking everyone to check around their homes, in their outside garbage containers and in their ditches just in case the figure was taken and discarded.

It is hoped that whoever took the piece will return it to the Nativity immediately.

This is what the missing baby Jesus piece of the Nativity scene looks like.