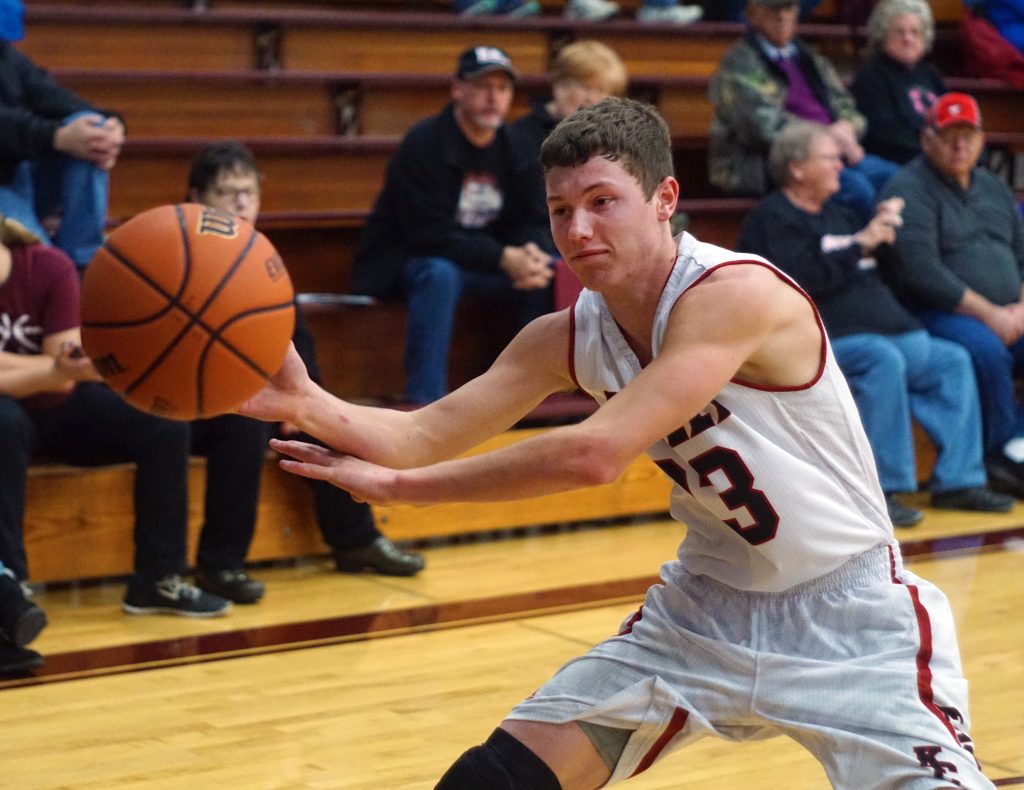 Shane Clary scored with 12 ticks on the first half clock for a 21-20 Eagle edge at the half. Knox County came out and held the Suns to five third quarter points, opening a 34-25 lead.

Southeastern (0-10) began fouling Knox County in the lane during the third quarter. Knox County was able to defend without putting the Suns on the free throw line.

Knox County opened a 42-27 lead with 5:51 remaining in the fourth quarter. Southeastern sank several tough shots in the final four minutes of the fourth period keeping the score closer.

“We really emphasize getting the ball close to the rim and score,” Southeastern coach Brett Ufkes said. “They are coming with automatic doubles on the post.”

“It was a good strategy. We didn’t make plays out of it,” Brett Ufkes said. “We didn’t shoot the ball well. We turned the ball over too much. You are not going to be able to beat anybody turning the ball over 20 times.”

Austin Owen led Southeastern with 12 points. Michael Bruns was in double figures with ten points. “Coach (Zach) Summers had a really great strategy to come out and pressure us like that.”

“They have a great tradition,” Brett Ufkes said. “They have it going on up there.”

Hays Klocke, Nick Edwards, Kyle Strange and Derek Cahalan scored two points each. “I thought early on we could not press, save our legs and get into our half court stuff,” Knox County coach Zach Summers said.

“We played full court man (defense). Southeastern was ready for it. That may be my fault,” Coach Summers said. “Once we got it going, we turned it up. We took them out of their half court sets.”

“The biggest thing I thought was that our defensive rotations are starting to get better,” Zach Summers said. “Our biggest problem right now is on ball defense. We just give up the rim too many times.”

“When we force them to the baseline or the side line, we are pretty good,” Summers said. “When we give them the basket and are out of position, we are average.”

“We are getting close. We took way too many three’s offensively when we could get the ball inside anytime we wanted to,” Zach Summers said. “We went to it, and went on that big run.”

“We have got to know what is open. Maybe tomorrow the insides not open and we have to take shots,” Zach Summers said. Knox County plays host Unity of Mendon (8-3) in the MVIT championship semi final round.

The Mustangs have a big, mobile ball club. “We have to see what the defense is giving us, and capitalize on it,” Zach Summers said. “That’s probably the thing we have to do next. The defense is close.”