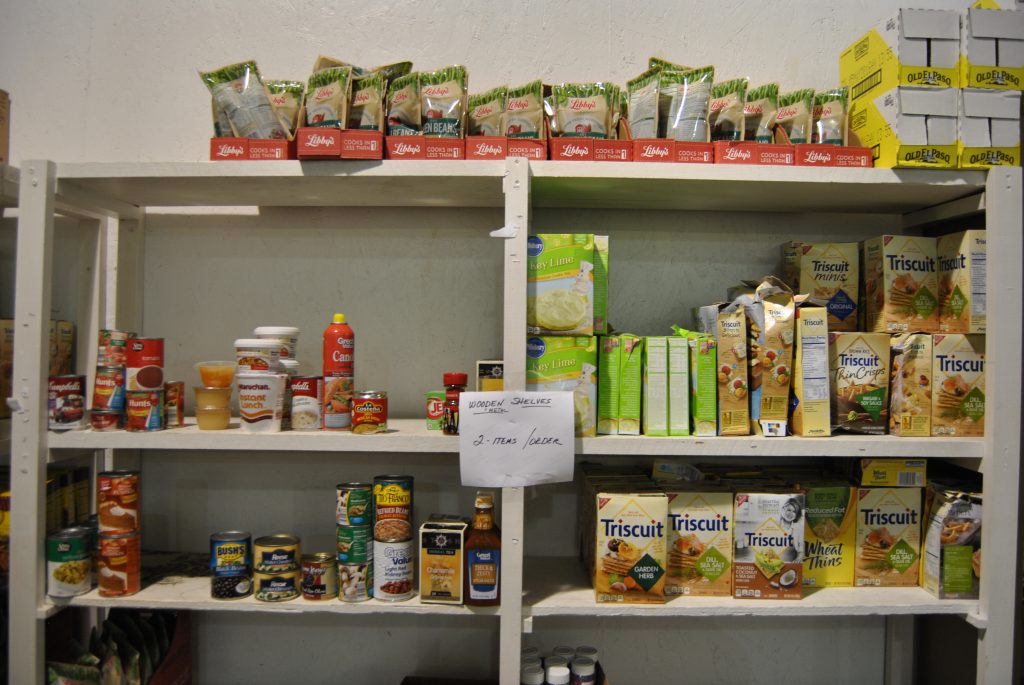 Knox County has begun to feel the effects of cost saving measures introduced by the The Food Bank of Central and Northeast Missouri (TFB) this month. 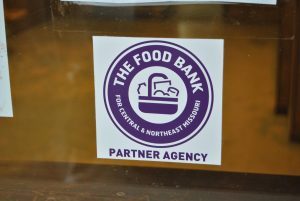 According to a representative of the Knox County Food Cupboard, which supplements Knox County families with a monthly cache of food commodities supplied by TFB, the amount of food distributed to families in need in 2016 on a monthly basis will be decreased by at least half.

In a letter addressed to the Knox County Food Cupboard Director Gary Clair, which was sent in December, TBF notified the Food Cupboard of the decrease. The letter states: “In an effort to reduce transportation costs and run more efficiently we will be combining some deliveries for the 2016 calendar year. Your agency will be sharing a truck with another TFB agency starting January 2016.”

Over the years the Knox County Food Cupboard has become accustomed to receiving a full truckload, 24 pallets or more, of an assortment of food from TFB. Going forward the county will receive half of a truckload, approximately 12 pallets of food.

“We were never guaranteed how many pallets we were going to get. Most of the time we were blessed to get an entire truckload full,” said Food Cupboard Director Gary Clair. “We’ve been getting the longer trailer. This (month) we had the shorter trailer.”

Over the years Knox County families in need of food to supplement what they can afford have been able to acquire about a grocery cart heaped full of groceries every month from the Food Cupboard donation center in Edina. Starting this month, the amount of food local families can receive has decreased. 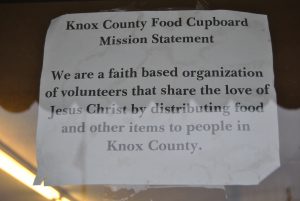 In December of 2015 the Knox County Food Cupboard served 233 Knox County families, 600 people including 151 children under the age of 18, by supplementing their households with food at no cost.

What does this mean for families that depend on food from TFB and the Food Cupboard? It might mean grocery bills are going to increase for those families, they’ll go without or the demand on Knox County’s other supplemental food supplier will increase.

In Knox County another entity, which supplies food to people in need, is the Knox County Food Pantry in Edina. Knox County residents may receive food from the pantry up to three times per year which breaks down to once every four months.

Of course, in situations where a family has already received their limit of Food Pantry supplies, but is still in need of assistance, the volunteers that run the pantry will make sure that family doesn’t go hungry. According to representatives, those that ask for help will get it.

“I don’t want to see anybody go to sleep hungry. That’s why I do this,” said Clair.

There are no other requirements to utilize the Food Cupboard or the Food Pantry other than being a resident of Knox County.

The Knox County Food Cupboard distributes food to Knox County residents on the first Friday of every month. The distribution center is located on South Second Street west of the Edina Post Office. Those that wish to utilize the service are asked to bring a photo ID and a recent bill.

This story was featured in the January 13, 2016 edition of The Edina Sentinel. We have since received a statement from TFB further explaining the reason for cutting back on the amount of food being delivered to Knox County: “After a careful analysis of the food allocation and distribution to all agencies, it was noted that several of our agencies were receiving much more than the planned allotment.  Our operational goal is to distribute 30 million pounds throughout our service area to those in need.  We can efficiently and effectively make that distribution by taking into consideration the number of people in poverty in each area.  There is no charge to the agencies or to the clients who receive this food.  Our goal for 2016 remains at distributing 30 million pounds.”