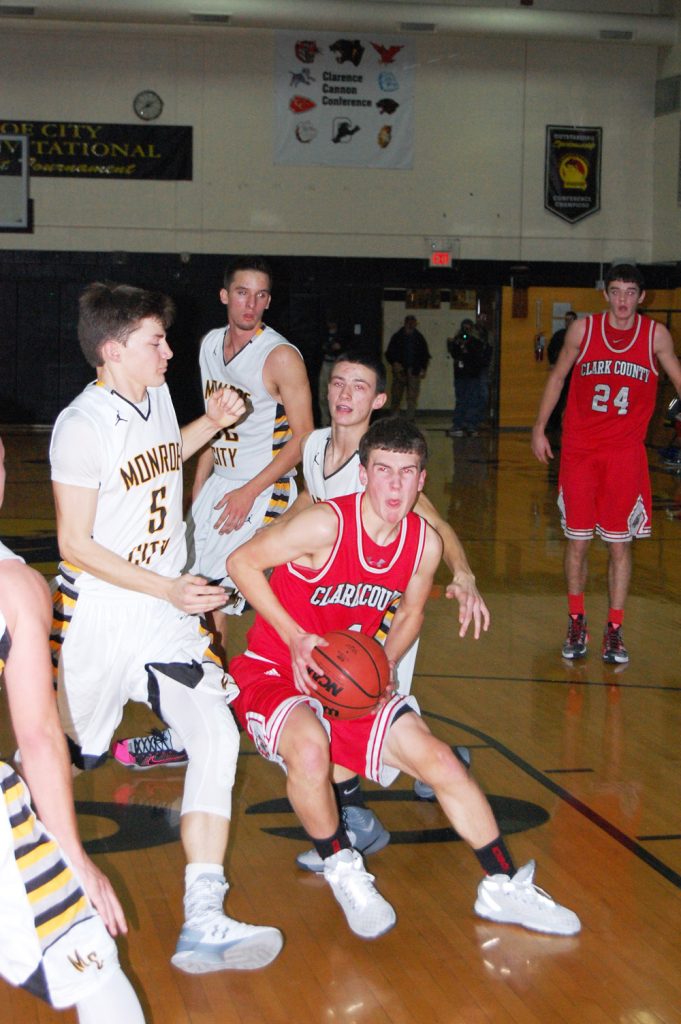 Zeb Riney led the Indians early, scoring seven points in the first quarter as the Indians and the Panthers battled to a 10-10 tie.

The Indians outscored Monroe City 18-10 in the second period, with Riney, Shaw Hunziker and Chandler Bevans each contributing five points. At the half, Clark County held a 28-20 lead.

Camron Mack found his soft touch in the third quarter, floating a couple shots into the hoop. Mack’s seven point quarter helped put the Indians up 44-30 after three quarters.

Monroe City staged a small comeback in the final quarter, outscoring the Indians 15-12, but Clark County held on for a 56-45 win. 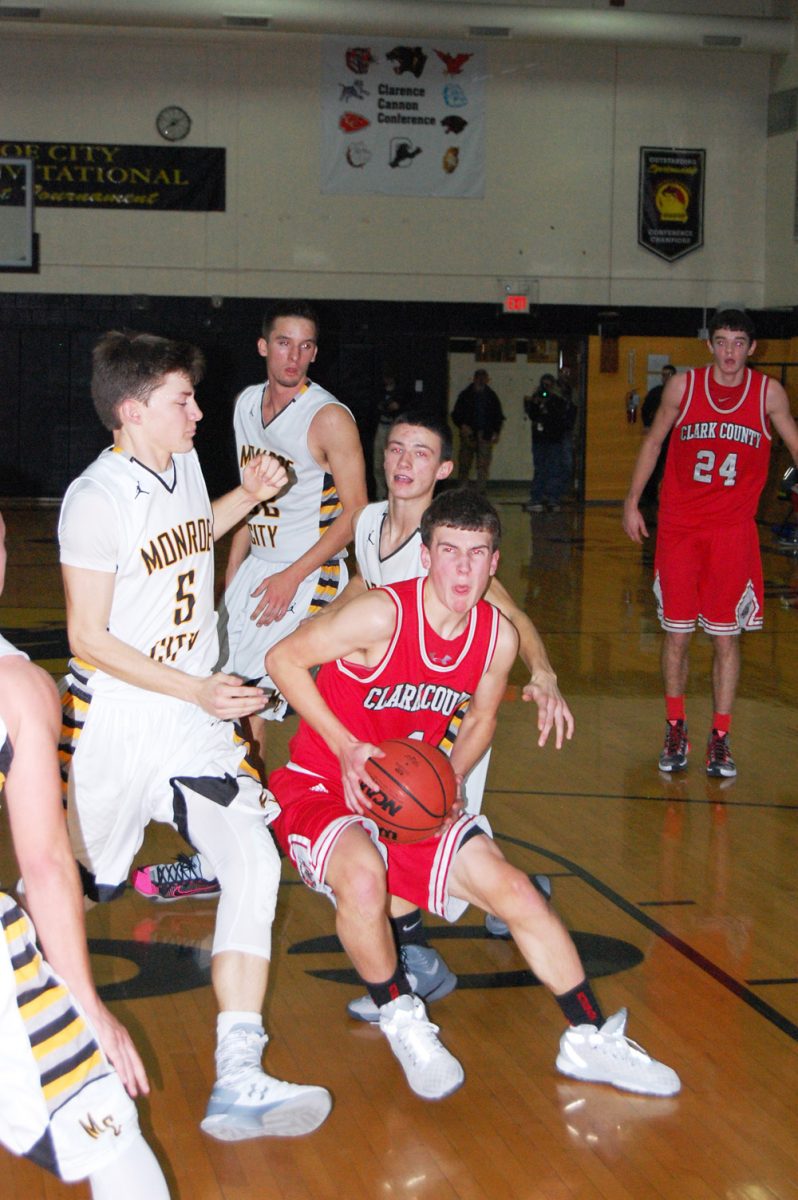 Zeb Riney makes a strong move the basket at Monroe City. Riney had 16 points in the contest.