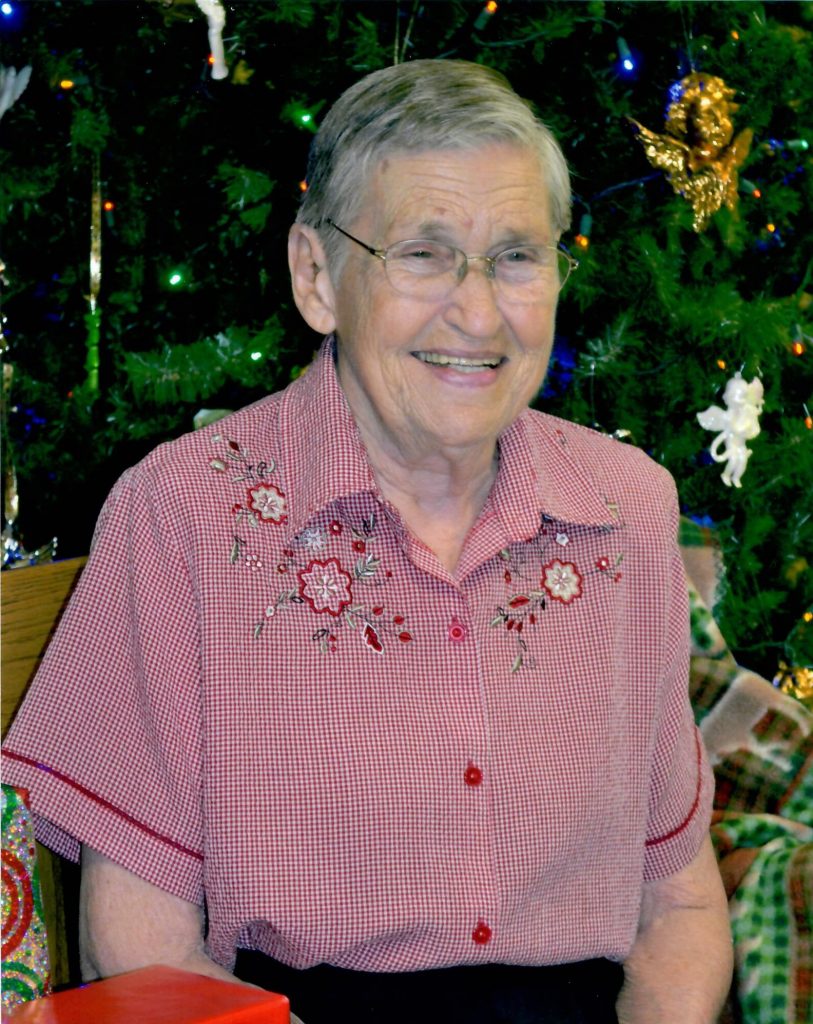 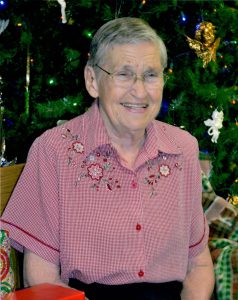 At the age of one, her family moved to Knox County, Missouri, where she attended school at the Oklahoma Rural School and graduated from the Edina High School in the Class of 1944.

On April 1, 1944, in Edina, Missouri, June was united in marriage with Charles Robert Luke.  Charles preceded June in death on October 11, 1956.

June was employed by the Burnham Manufacturing Company in Edina known as (the Glove Factory) for 48 years, sewing gloves.  June loved cooking and canning.  After her retirement she cooked at the Edina Livestock Auction and especially enjoyed cooking at the Edina Country Club.

June was a member of the Edina United Methodist Church, Clancy Club, Red Hats Club, Quilt Club and the Cutups.  June liked to kid and be kidded.  She always had a laugh.

She was preceded in death by her parents, John and Elisa Hart; three brothers, David Corydell and Irene Hart, Cletus Vetal and Eyloe Hart, and Harold Dale and Dorothy Hart; two sisters, Virgie Carmelita and Lloyd Latimer, and Frances Georgena and Robert Hayes; also preceding her were brother-in-law, Dewey and Midge Shepard.

Funeral services were held Saturday, January 30, 2016, in the Hudson-Rimer Funeral Home in Edina, Missouri.   Pastor Sam Smith officiated for the services.  Burial was in the Linville Cemetery.

Memorials in memory of Roberta June Shepard may be made to Hospice of Northeast MO or the Knox County Nursing Home.  Memorials may be left at or mailed to Hudson-Rimer Funeral Home, P.O. Box 1, Edina, MO 63537.