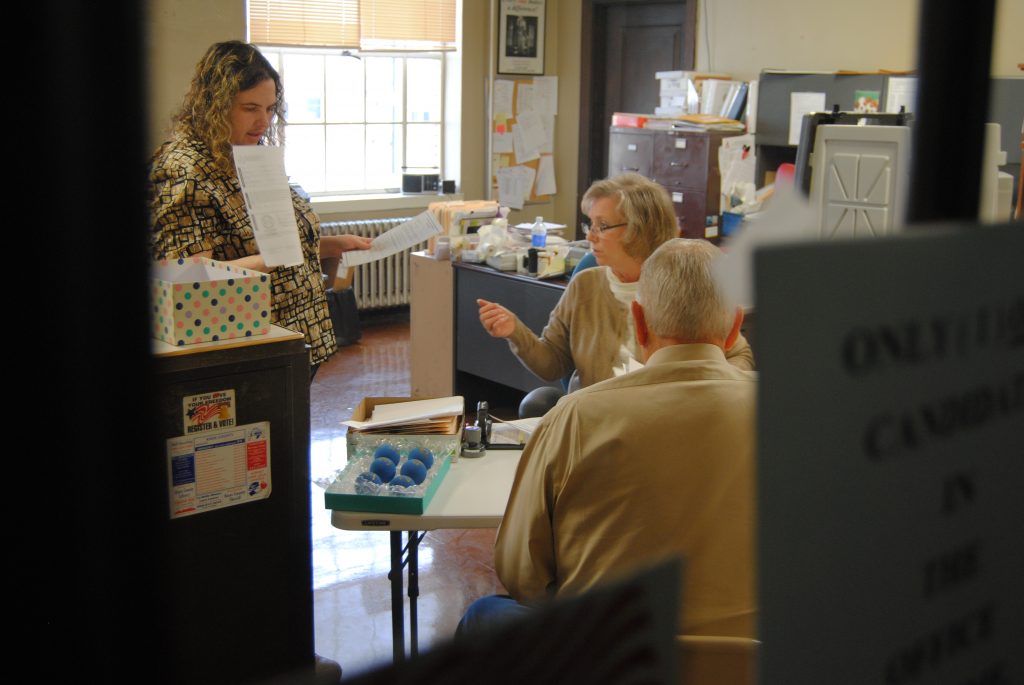 The current Eastern District Commissioner Mike Fox (D) was the first in line to file the morning of opening day. Fox, an appointee of Governor Jay Nixon (D) last year, has yet to be challenged for the seat.

Incumbent Assessor Anita James (R) was second in line to file. No challengers have filed for the Assessor seat, so far.

Newcomer Carl Knoche (D) was third in line and filed for the Sheriff seat, which is the only office not filed for by the incumbent on opening day.

Those thinking about filing for a Knox County office up for election in 2016 have plenty of time to file. Filing will close at the end of the business day on Tuesday, March 29, 2016.

“Candidates should bring their ID and a $50 receipt from their supporting political party with them when they come to sign up,” said Spory.

For more information about filing for a Knox County office contact the County Clerk’s office at (660)397-2184.