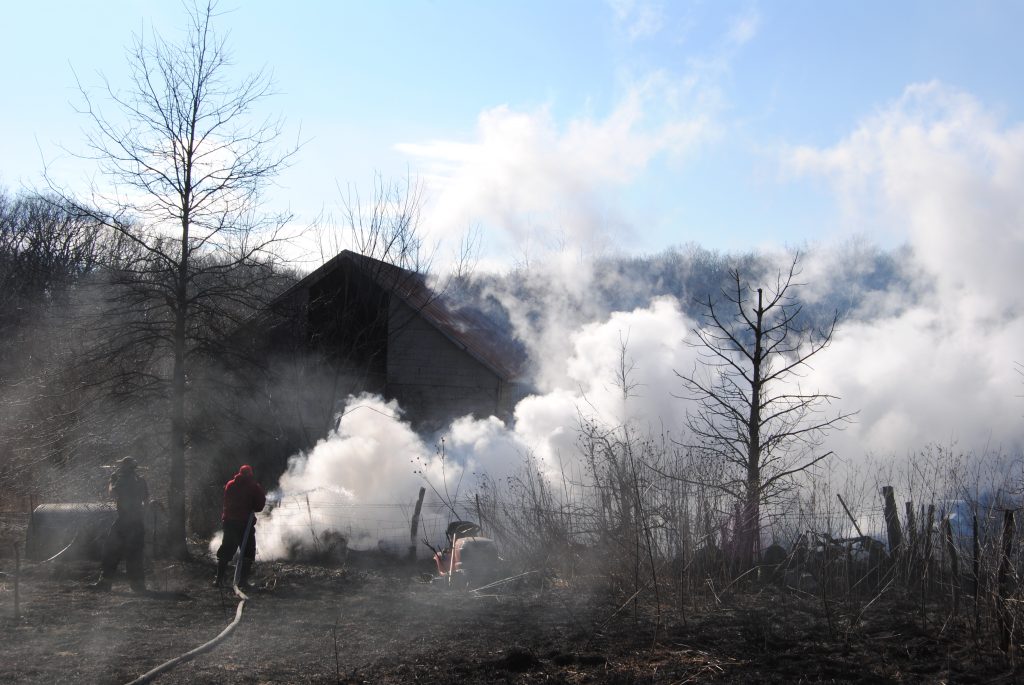 On Friday afternoon just after 3:00 p.m. the Hurdland Fire Department was called to a grass fire about a mile north of Hurdland on Butler Place on the property of Tom and Barbara Gray.

According to Tom Gray, the grass fire was accidentally ignited by a burn pile, which was lit and left unattended earlier in the day.

By the time the Gray family noticed the fire had gotten out of control, it burned a large area north of their home, around several buildings and overtook several vehicles, tires and other debris. Thick black smoke could be seen from several miles away.

Fortunately, no one was injured in the fire and no structures burned.