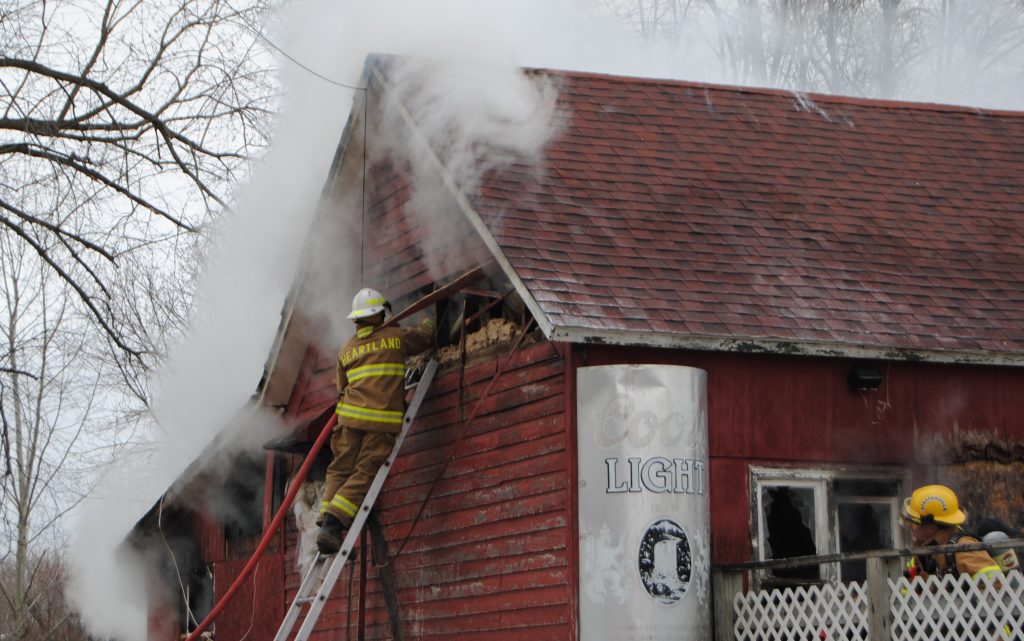 Scroll down for story/photos/more video.

At approximately 10:00 a.m. the grill caught on fire at the Frontier Bar & Grill in LaBelle, MO. There was only one person in the building at the time.

Elisha Shultz, 22, of Edina was busy getting ready to open the bar and grill up for the lunchtime crowd. The business usually opens daily at 11:00 a.m.

According to Elisha, the fire was too intense to extinguish herself. It grew too big too fast. She had to evacuate from the building.

The business owner, Brian Shultz of LaBelle, is Elisha’s father. He arrived after the fire started and could only watch as smoke billowed out of his building.

The Lewis County Ambulance District also responded and remained on the scene until after the flames were extinguished.

Highway 6 between the burning business and the ADM Elevator in LaBelle was closed down for over 30 minutes during the firefight because the heavy smoke from the blaze was being blown across the highway, according to to a Missouri State Highway Patrol Trooper.

Lewis County Sheriff David Parrish was also on the scene and worked with the highway patrol to get traffic on the highway stopped. Sheriff Parrish opened one lane of the the highway at 11:15 a.m., after the smoke cleared.

According to Brian Shultz, there is no insurance on the building. Despite being devastated about the loss of his business of 14 years, he’s very grateful his daughter is okay.

“Wood can be replaced,” said Shultz with tears in his eyes. “My daughter can’t.”

Scroll down to see more photos or watch a recorded live stream video, which was broadcast online during the fire. 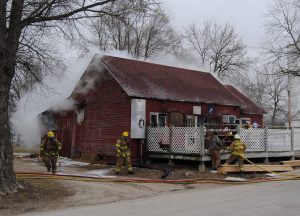 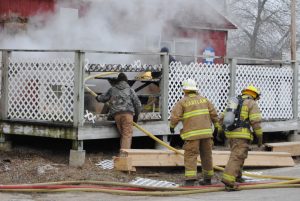 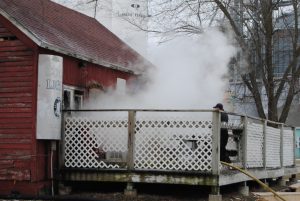 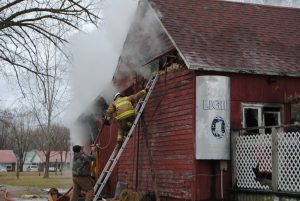 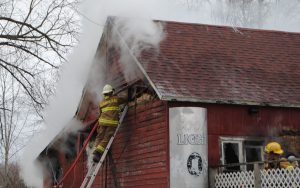 UPDATE-MORE PHOTOS AND DETAILS WILL BE POSTED LATER. THE LIVE REPORT IS NOW OVER. IT WILL BE UPLOADED AND AVAILABLE ONLINE LATER.

Firefighters were called to the Old Frontier Bar in LaBelle at about 10:20 am on Tuesday morning. Nemonews.net reporter Echo Menges is on the scene and sent these photos.

She is doing a LIVE VIDEO report.

Here is the link: 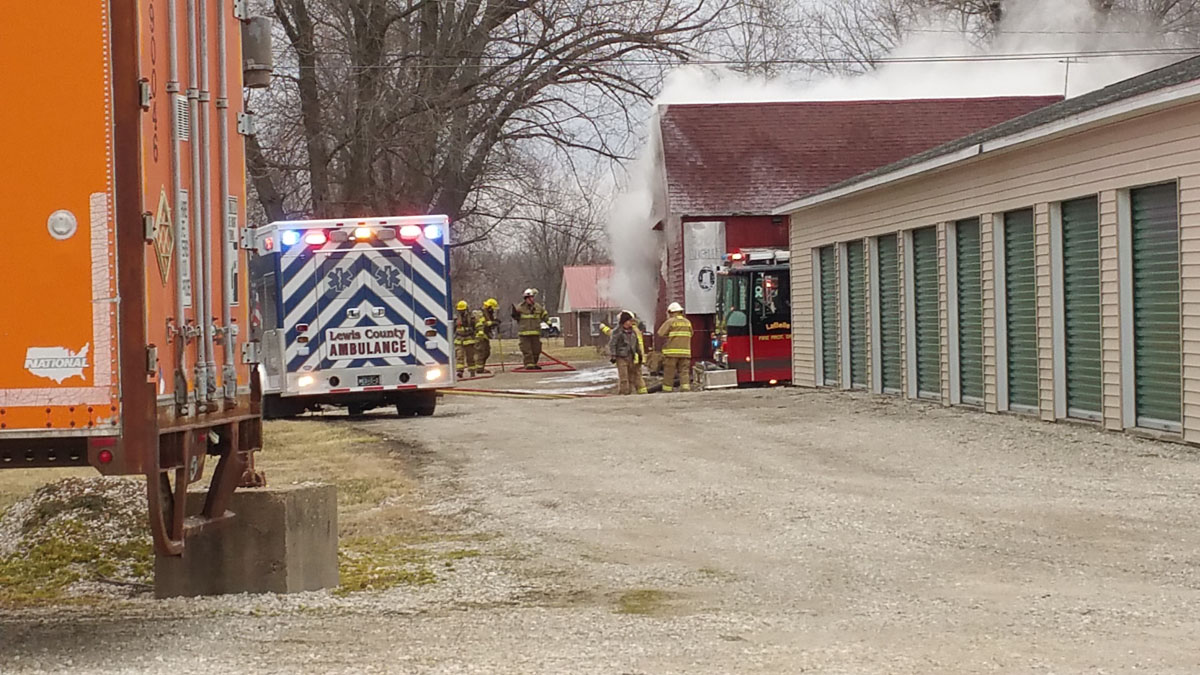 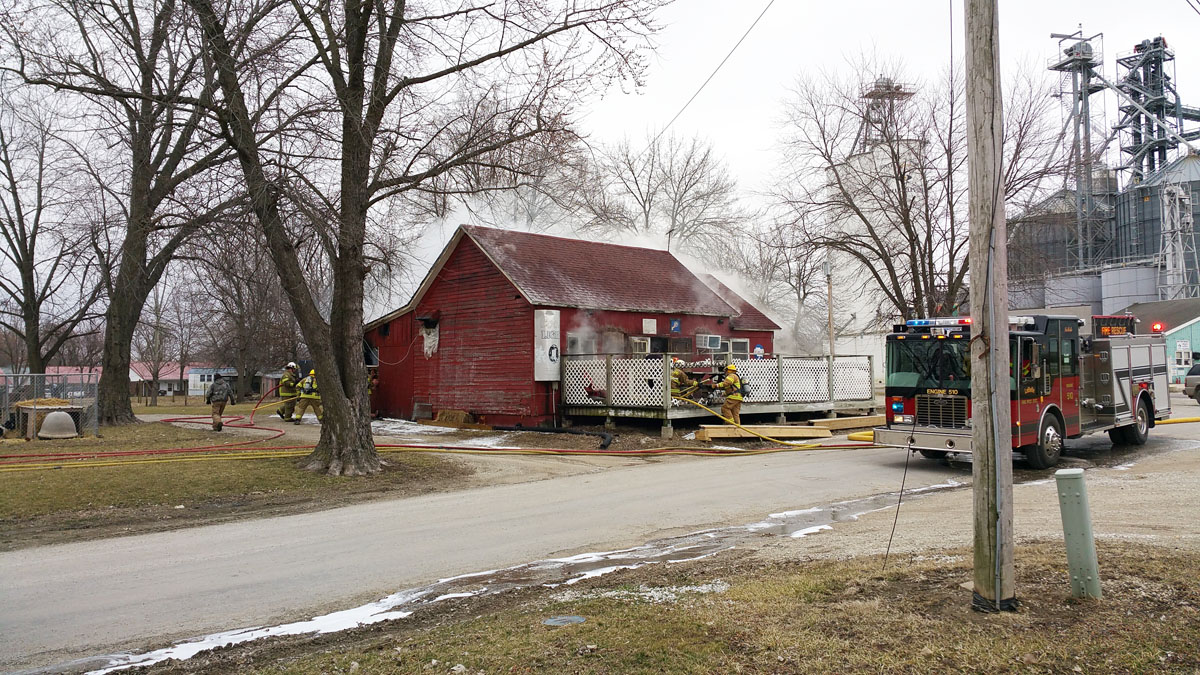