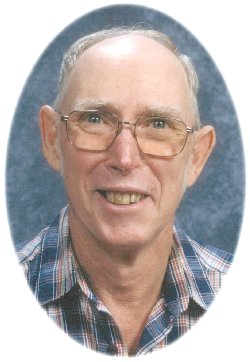 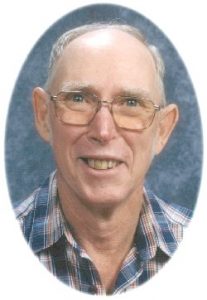 Lester Leroy “Roy” Hall, 78, of the Locust Hill Community, west of Novelty, Missouri, passed away at his home on Thursday, March 17, 2016.

Roy was born on March 9, 1938, near Newark, Missouri, the third son of Lester Emmett and Evia Louise Rudd Hall.

He attended the Locust Hill Rural School and graduated from the Novelty High School before being drafted. He served his country in the United States Army from 1961 to 1964, some in France.

On January 16, 1965 Leroy married Shirley Marlene Paulsen and to this union two children were born.

After marriage they moved to Columbia, Missouri and Leroy went to offset printing school and after graduation he went to work for the University of Missouri. They moved to Leroy’s parents’ farm, west of Novelty, Missouri, to help with the family farm. He drove a school bus for the Knox County Schools for over fifteen years. Leroy truly enjoyed farming and driving the kids on the bus.

Roy was a member of the New Faith Church in Novelty, Missouri, serving on the board for sixteen years. He was a board member for Farm Bureau for twenty years, and the Novelty American Legion Post #290 for more than thirty-two years.

He was always thinking of others, was kind and thoughtful, and Roy loved Jesus. He enjoyed his family, especially his grandchildren and they loved their “Pa Pa”.

Leroy is survived by his wife, Shirley M. Hall of Novelty, Missouri; a daughter, Velva Jean and her husband, Greg Cody of Millard, Missouri; a son, Brian Leroy and his wife, Tracie Hall of Quincy, Illinois; three granddaughters, Melanie, Elizabeth and Evie; two grandsons, Emmett and Logan; two brothers, Morton Lee Hall and friend, Cheryl of Pomona, Missouri and Donald and Shirley Hall of Edina, Missouri; and a sister, Louise and Joe Moyer of Hurdland, Missouri; along with numerous nieces, nephews, cousins and a host of friends.

He was preceded in death by his parents and two nephews, Nathan Perez and Scott Kelly.

Burial with Full Military Honors will be in the Locust Hill Cemetery, west of Novelty, Missouri.

An expression of sympathy in memory of Leroy Hall may be left to the Locust Hill Cemetery Association or to the Donors’ Choice. A memorial may be left at or mailed to the Doss Funeral Home 208 N. 4th Street, Edina, Missouri 63537.