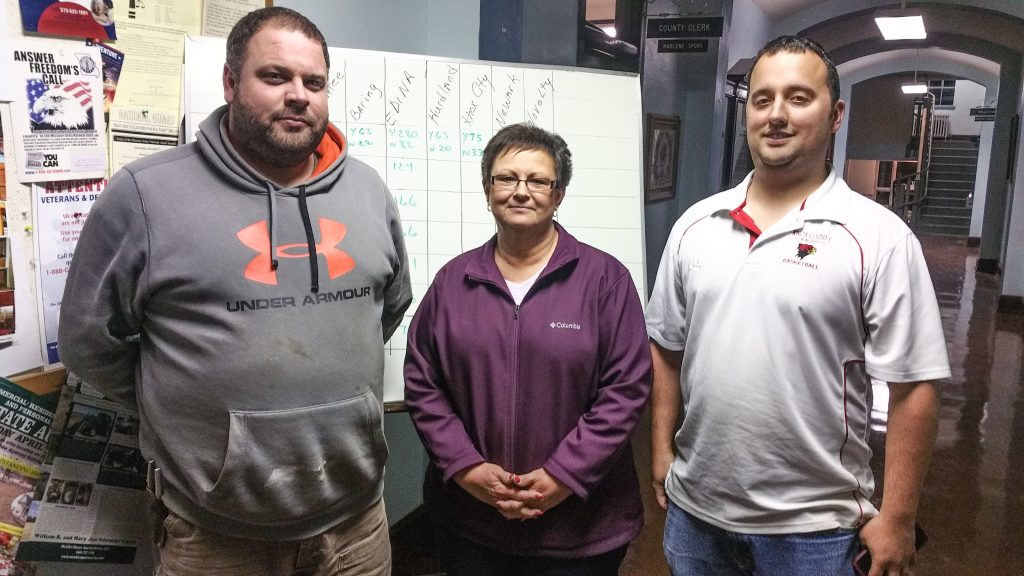 A small crowd of candidates and one Commissioner spent the evening at the Knox County Courthouse waiting for the Municipal Election results April 5, 2016.

The totals for Edina, Knox County’s largest precinct, were the last to come out, which kept everyone eagerly awaiting the results.

According to the Knox County Clerk Marlene Spory, the names for “write-in” votes for the remaining precincts have not been given. Those numbers won’t come out until Friday or Monday, April 8 or 11, 2016.

The biggest issue on the ballot, a half-cent sales tax to fund a $1.25 million repair and improvement project for the Knox County Courthouse, passed in every single precinct. Knox County voters sent a resounding message to fix the courthouse with 617 (73.63%) yes votes to only 221 (26.37%) no votes. Only 45 voters of 838 total didn’t vote on the sales tax increase question, Proposition No. 1.

Watch a video of the reading of the Edina totals below. Edina’s winning candidates were present to find out they won.