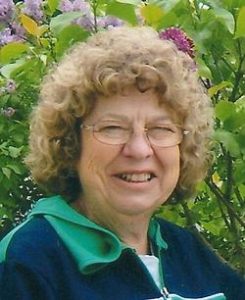 Aloma was a member of the Dover Baptist Church in youth. She was employed by Motorola and also worked at the Mississippi Grill. She was an Election Volunteer and spent the last 38 years as a housewife. Her hobbies included house tours, garden club, trout fishing, camping, shopping trips, and spending time with family and friends. She and Jerry especially enjoyed spending time with their grandchildren and traveling to Colorado each year with her siblings.

Graveside services and burial will be held Friday, June 17, 2016 at 11:00 a.m. at the Dover Cemetery near La Grange with Pastor Russell Brownell officiating. There will not be any public visitation but friends are invited to the committal service.

The family suggests memorials be made to the Alzheimer’s Association or to Dover Cemetery Association in care of the Ball-Davis Funeral Home, Ewing, MO.