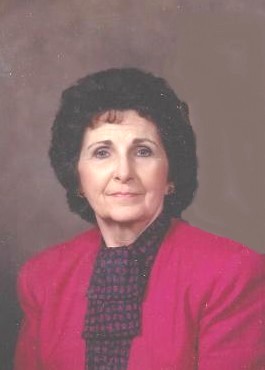 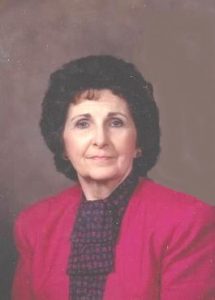 Patricia Ann Dye, age 87, of Bradenton, Florida, and formerly of Baring, passed away June 8, 2016, at Manatee Memorial Hospital in Bradenton.

Mrs. Dye was born in Knox County on December 12, 1928, the daughter of Fred William and Sarah Frances (Miller) Queen.  On October 2, 1948, she married Kenneth Wayne Dye who proceeded her in death on September 2, 2001.

Mrs. Dye is survived by three daughters:  Connie Clark of Bradenton; Karen Burch Dickens and husband, Phil, of Blue Springs; and Sheila Dye of Bradenton.  She is also survived by five grandchildren:  Lesa Davis, Regina Parr, Ryan Burch, Cody Burch, and Shyanne Payne; one great-granddaughter, Amber Everhart; one half-sister, Violet Woodard; and two nieces.  She was preceded in death by her parents; a brother, Fred Leone Queen; a sister, Arlene Carlotta Karhoff; and two siblings who died in infancy, J.W. and Wanda Lou.

Mrs. Dye lived most of her life in Knox County, attending Rule School and graduating from Baring High School in 1946 and the Kansas City Secretarial School in 1948.  She and her husband farmed in the Baring community until 1975.  Mrs. Dye worked as a bookkeeper at the Childress Elevator in Baring and the Baring Country Club and as a secretary at Baring School for many years.  Mr. and Mrs. Dye moved to Edina in 1975, then to Osage Beach in 1983, where     Mrs. Dye was a store manager on the Bagnell Dam Strip, and she and her husband were managers of the Williamsburg Inn in Osage Beach.  Mr. and Mrs. Dye moved to Baring in 1993 and then to Kirksville in 1997, where Mrs. Dye was a secretary and receptionist at KCOM-AHEC.  After the loss of her husband in 2001, Mrs. Dye lived in Eldon and Camdenton, and then moved to Bradenton in 2011.

Funeral services were Tuesday, June 14, 2016, at the Hudson-Rimer Funeral Chapel at Edina, with Reverend Dan Todd officiating.  The family suggests that friends wear bright-colored clothing to help celebrate the life of Mrs. Dye who loved those colors so much.  Music was provided by Brent Karhoff, soloist and Carol Hayes, organist.

Burial was in the Slocum Cemetery at the Pleasant Ridge Church, west of Greensburg.