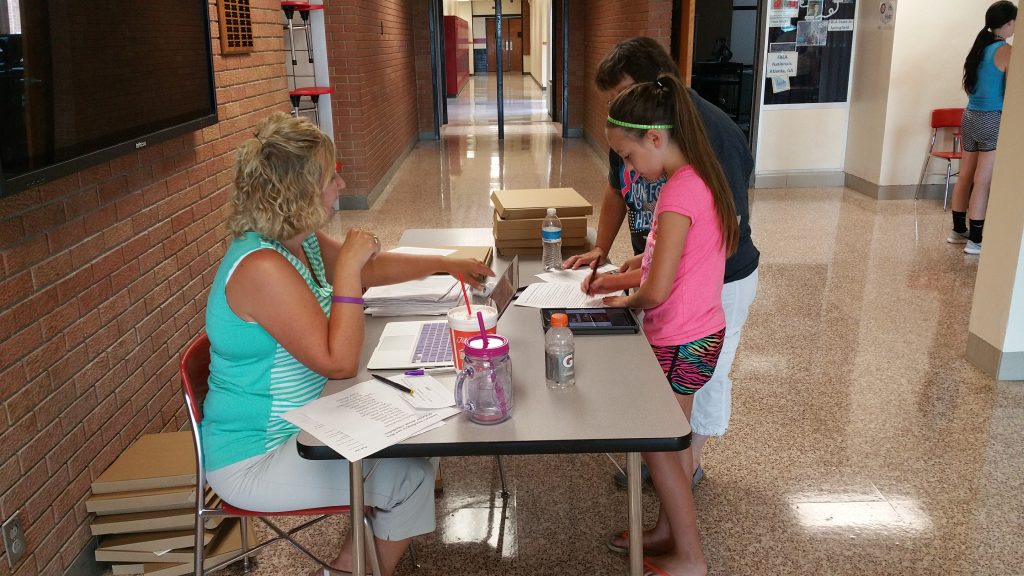 The iPad Roll-Out Day has become an integral part of the beginning of each school year in Knox County since the District embarked on the mission to put a school issued iPad in the hands of every single Knox County student, which began in 2013.

Some of the iPad Air 2 features in store for students include a fingerprint sensor, slimmer profile, faster processor, enhanced camera and more. Each iPad being distributed to Knox County students comes with a protective case and cover.

“Insurance for an individual iPad is only $15,” said Knox County High School Principal Brian Brown. “An entire family is covered for only $25. There is a $35 deductible.”

The iPads will be collected at the end of the school year and prepared for the next school year.

More information will be given in the “Back to School” August 17, 2016 edition of The Edina Sentinel.

The following video was recorded by Echo Menges for The Edina Sentinel.