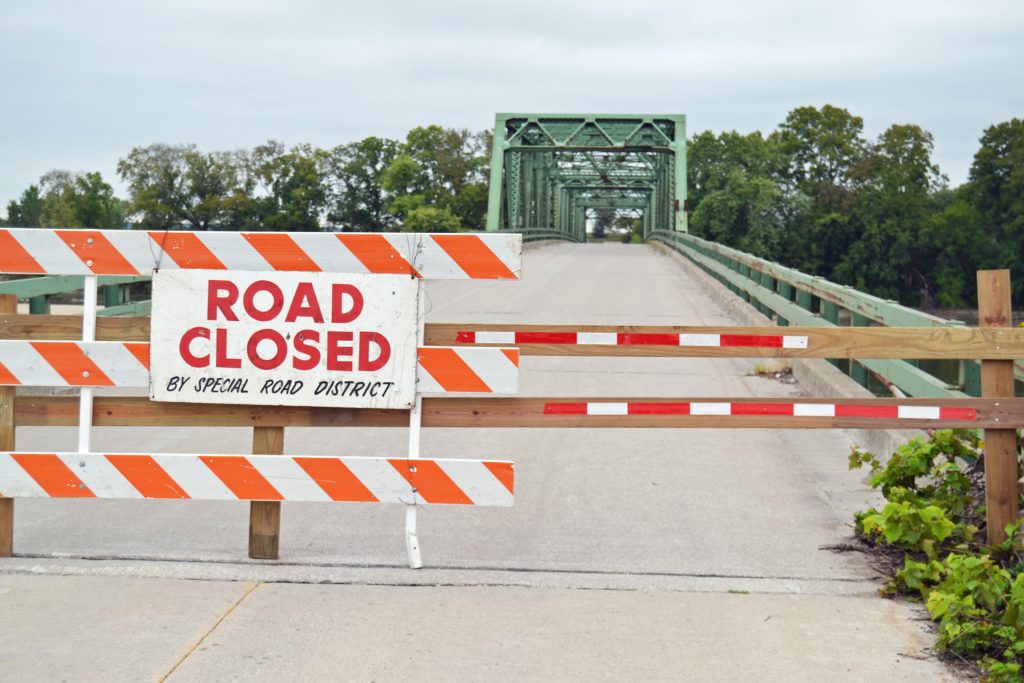 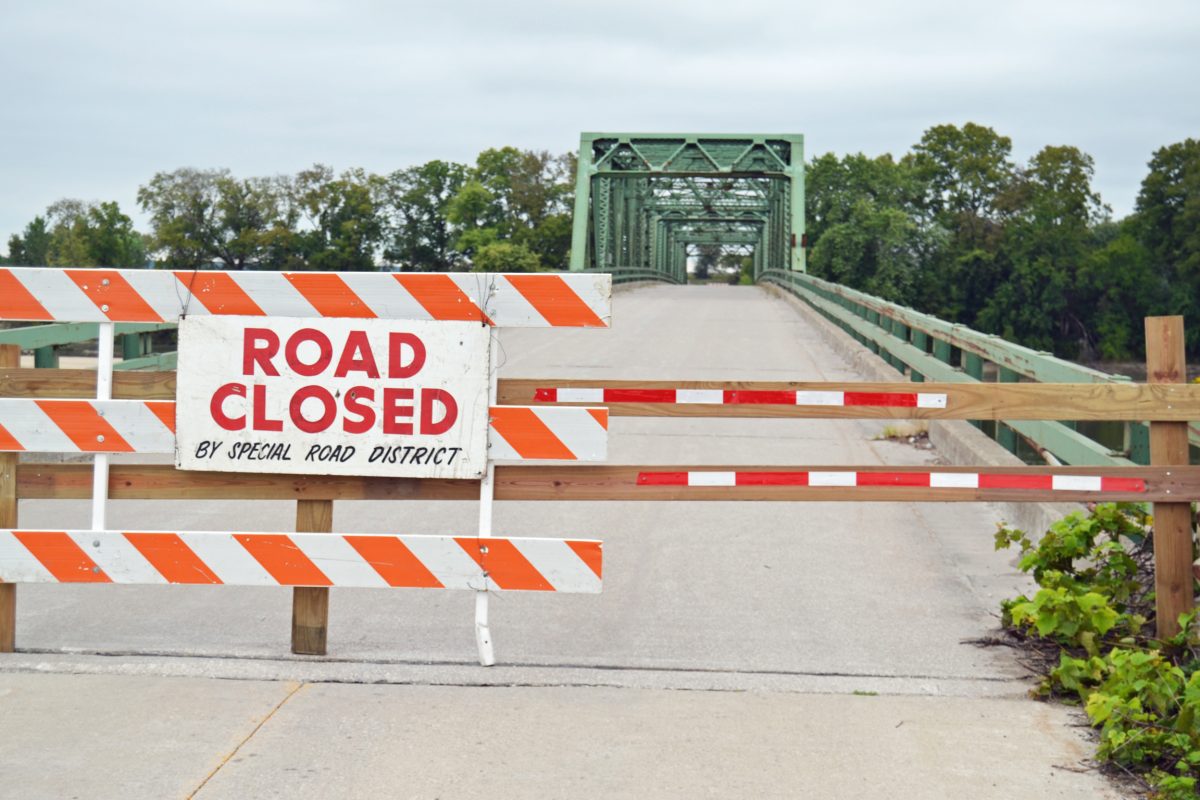 The Des Moines River bridge at St. Francisville may have carried its last traveler across its 763 ft. length. The historic structure served as a toll bridge until 2003, and as a free bridge following the completion of the new bridges on the Avenue of the Saints.

The metal cantilever bridge, built in 1937, was abruptly closed last Tuesday, September 6.
“The county court (commissioners) came to me last Tuesday,” said Ed Riney of the Wayland Special Road District, which is the owner of the bridge.

“The said they wanted it closed right then. They showed me some pictures of the underside of the bridge.”

The commissioners received a letter from MoDOT dated September 9, 2016, which read in part: “After careful consideration, MoDOT has decided to recommend the closure of bridge K091800 over the Des Moines River at St. Francisville. During the snooper inspection, on August 31, heavy deterioration to the stringers was found throughout the bridge. Failure of these members could cause a sudden partial collapse of the bridge.”

The letter also stated that the county was welcome to look into repair options for the bridge.

MoDOT’s Northeast District Engineer Paula Gough said, “Our involvement in this matter is that we conduct bridge safety inspections, and we follow the federal process for bridges, so that a bridge in Clark County meets the same standards as a bridge in another part of the state or in another state. Our recommendation was for closure of the bridge, based on those findings.”

Gough stated that MoDOT had met with local representatives earlier in the week.

According to Riney, however, the MoDOT did not contact the Wayland Special Road District.

The Wayland Special Road District has no plans to repair the bridge, and when asked about tearing it down, Riney replied, “I suppose that’s up the state.”