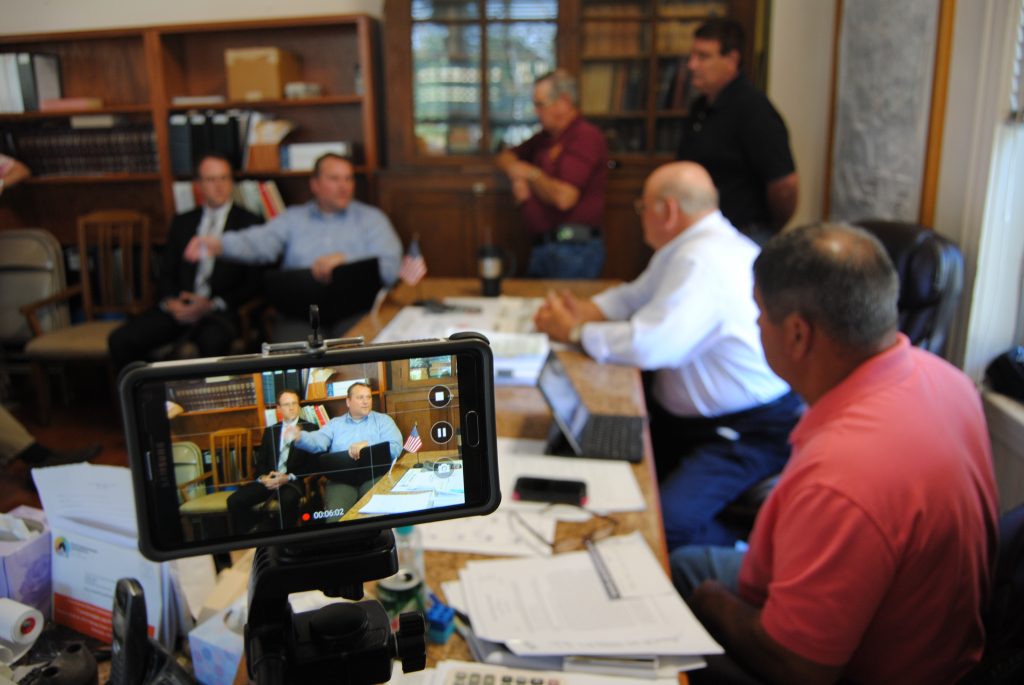 Representatives of the Mark Twain Transmission Project were in Shelby County for the second time in two weeks asking for the Shelby County Commission to grant ascent and give the project access to Shelby County roads.

Dozens of members of Neighbors United, the group fighting to stop the project, protested outside the Shelby County Courthouse.

Also in attendance were a few members of the public, as many as could pack themselves into the Commissioners’ Chambers, along with other area County Commissioners including those from Knox and Adair Counties.

Video of the entire exchange between the Commissioners and Mark Twain Project representatives, which took place during an open to the public meeting, will be posted to this website shortly, along with an exclusive interview with Jontry.

Video of the commissioners addressing protesters in the entryway of the courthouse will be posted on the nemonews.net Facebook page and the Shelby County Herald Facebook page by Reporter Marlana Bonnell.

These videos should be available within the next few hours.