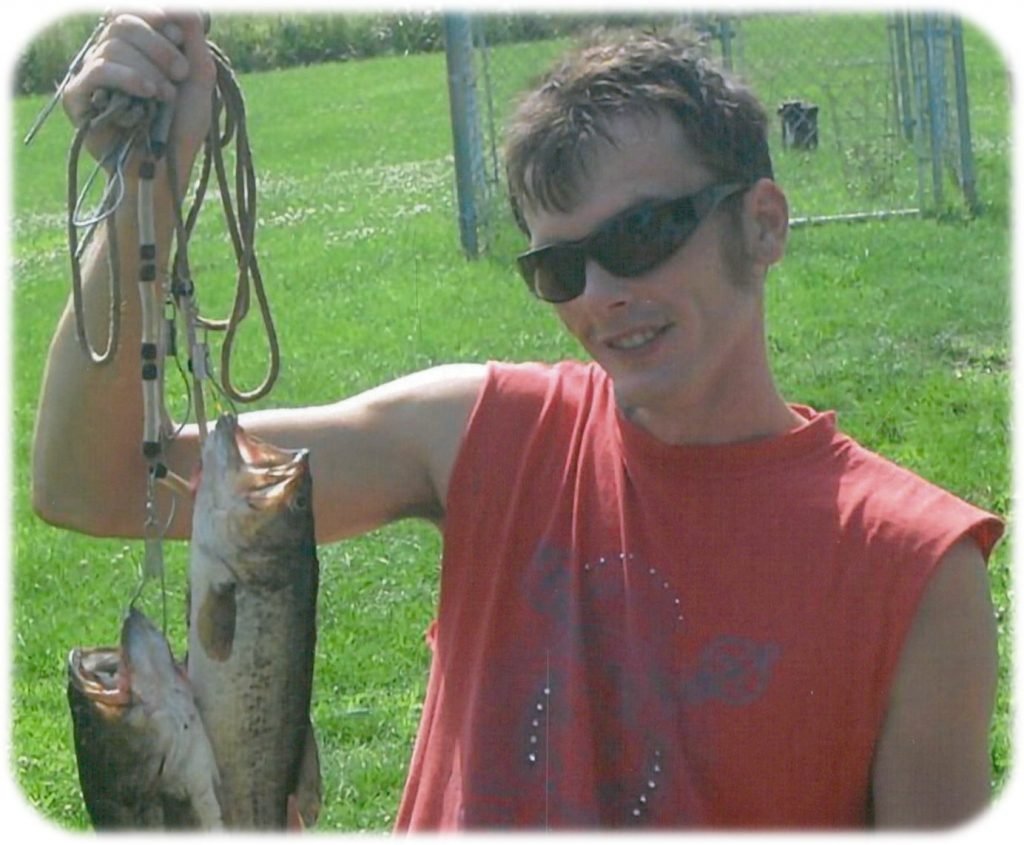 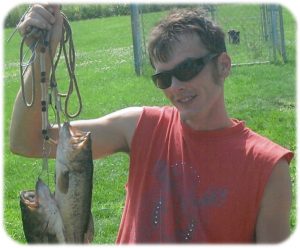 Dusty Ray Anderson, 30 of Williamstown, Missouri, passed away on Friday October 14, 2016 at 3:16 am at Barnes Jewish Hospital in St. Louis, Missouri, from traumatic injuries due to a high fall.

Dusty was born on February 22, 1986 in Kirksville, Missouri, to Delbert Ray Anderson and Valerie Kathleen Anderson of LaBelle, Missouri. He had one sister Desarae Marie Blickenstaff of Canton, Missouri, and a cousin, Travis Reed Anderson of Williamstown, Missouri, who was raised with us and is loved like a brother.  Dusty worked for many years as a tree climber but was unemployed at the time of his death. Dusty loved fishing, hunting, golfing, mushroom hunting, spending time with family and friends, playing fantasy football on his dad’s league, playing chess, swimming and shopping. Dusty was a free spirit who lived life as if tomorrow would never come but always made time to help his family and friends.

Dusty is survived by three children, a son, Damien Christopher Anderson (12) of Kirksville, Missouri, a daughter, Serenity Elane Anderson (4) of Keokuk, Iowa, and a new surprise and blessing,  2 month-old daughter, Kyla Jo of Lagrange Missouri; his father, Delbert Anderson of Williamstown, Missouri; his mother, Valerie Anderson, of Newark Missouri; a sister, Desarae Blickenstaff of Canton, Missouri; and two nieces and two nephews, Ariella Bradley, Kaiden Blickenstaff, Dominic Blickenstaff, and Makayla Blickenstaff, all of Canton Missouri; several aunts and uncles and cousins; and his best friend, Mary Brewer of Kahoka, Missouri, as well as many other great friends.  Dusty was loved by so many.

Memorial services will be at the Assembly of God Church in Knox City, Missouri, on Saturday, October 22, 2016 at 11:00 am.  Private Graveside services will be held at a later date at Knox City Cemetery.  Memorial contributions will be placed in a savings account for his children and may be mailed to Desarae Blickenstaff at 1105 Washington St. Canton, Missouri 63435. Doss Funeral Home in Edina, Missouri is assisting the family.