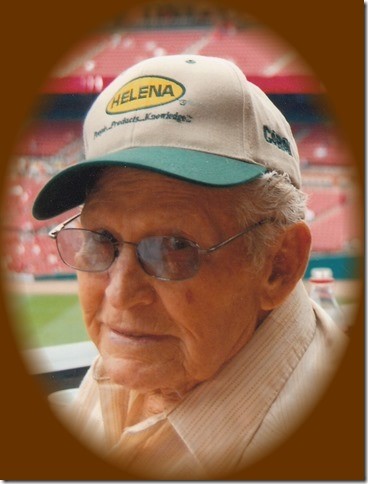 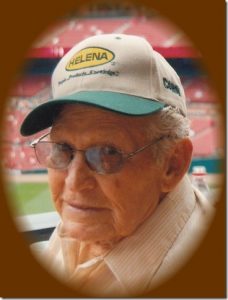 Don was born December 29, 1918 near Chambersburg, MO, a son of Tom and Ruth Mitchell Worrell. He attended school at Chambersburg and Revere, graduating from Revere High School.

As a young man he started farming with his father. Not long after graduation he married LaVera Wallace and they moved to Farmington where he worked for the creamery. During this time they were blessed with a daughter, Janet. When they moved back to Kahoka, Don started farming with Harry Suter who treated him like a son. Fourteen years later, he and LaVera welcomed a second daughter, LaDonna. Harry later turned the farming operation over to Don who later turned it over to his son-in-law, John.

Following the death of his wife, LaVera, Don married Fern Grisham and they enjoyed traveling often, especially out west.

Survivors include a daughter, LaDonna (John) Parker of Luray; son-in-law, Lary Fountain of Kahoka; four grandchildren: Tamara Carter of Columbia, Sherilyn Ankeney of Des Moines, Shaun (P.J.) Parker of Luray, and Marcus Parker of Luray; seven great-grandchildren: Ryan Christian (Michelle Wilkerson) of Quincy, Keyan (Jennifer) Christian of Canton, Lukas Ankeney of Phoenix, Kaleb and JaKob Ankeney both of Des Moines, and Harrison and Grace Parker of Luray; a great-great grandchild: Zackary Priebe of Canton; step-children and step daughter-in-law and their families: Don Grisham, Sue Osterloh of Hamilton and Carolle Grisham of Keokuk; as well as nieces, nephews and other relatives.

He was preceded in death by his parents and in-laws; his wives, LaVera and Fern; a daughter, Janet Fountain; two grandsons, Tony Fountain and Clayton Parker; a brother, Roland Worrell; a sister, Helen Martin; and a step-son and step-daughter, Ray Grisham and Norma Gibson.

Don was a member of St. Paul United Church of Christ in Kahoka. He loved to hunt quail and pheasant and to fish. He loved the St. Louis Cardinals and in recent years watching T.V. He especially loved the visits from his friends and family.

Funeral services were held Saturday, December 17, 2016 at 10 a.m. at the United Church of Christ in Kahoka with Pastor Dixie Laube officiating. Special music was recordings “How Great Thou Art” and “Turn Your Eyes Upon Jesus” by Alan Jackson and “Amazing Grace” by Ryan Christian.

Wilson Funeral Home was honored to serve the family.