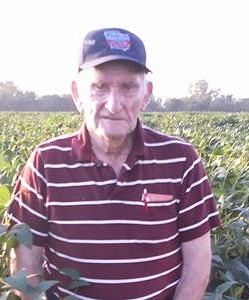 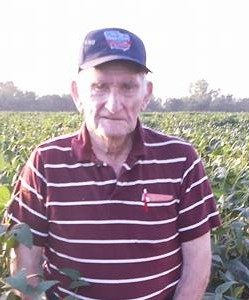 He was born August 20, 1926, in LaBelle, Missouri, the son of Roy M. and Irene Overstreet Dixson.  He was united in marriage to Frances Louise Long on April 24, 1947 in Hurdland, Missouri, and she preceded him in death on September 8, 1986.  Lawrence was also preceded in death by his parents and a brother Donald Dixson.

Lawrence graduated from Edina High School.  He served his country in the United States Army during World War II from January 1944 to December 1946 obtaining the rank of Sargent.  Lawrence served in the 8th Armored Tank Division and later transferred to Co B 864th Aviation Engineer Battalion and was a part of the second retake of the Philippines.  After the War was over Lawrence was a part of those assigned to rebuilding air strips in Japan.

Lawrence was engaged in farming most of his life west of Hurdland.  Lawrence enjoyed farming, hunting and playing cards with family and friends.

Funeral services will be held 10:30 a.m. Friday, December 23, 2016, in the Hudson-Rimer Funeral Home in Edina, MO.  Reverend Ken Berry will officiate the services.  Burial with full Military Honors will be in the Hurdland I.O.O.F. Cemetery.  Music will be provided by Debbie Peters and Audrey Hamlin, vocalist and Carol Hayes, organist.  Musical selections will be “Go Rest High On That Mountain” and “Daddy’s Hands”.