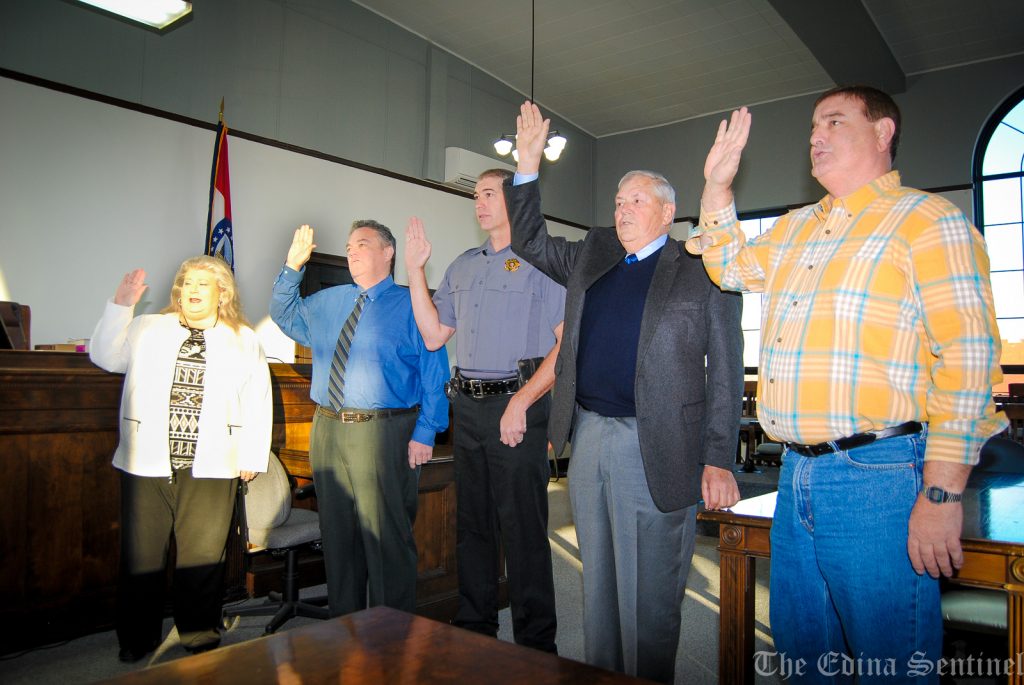 More details about the new officials and deputies will be included in the January 4, 2017 edition of The Edina Sentinel.

Video and photo by Echo Menges