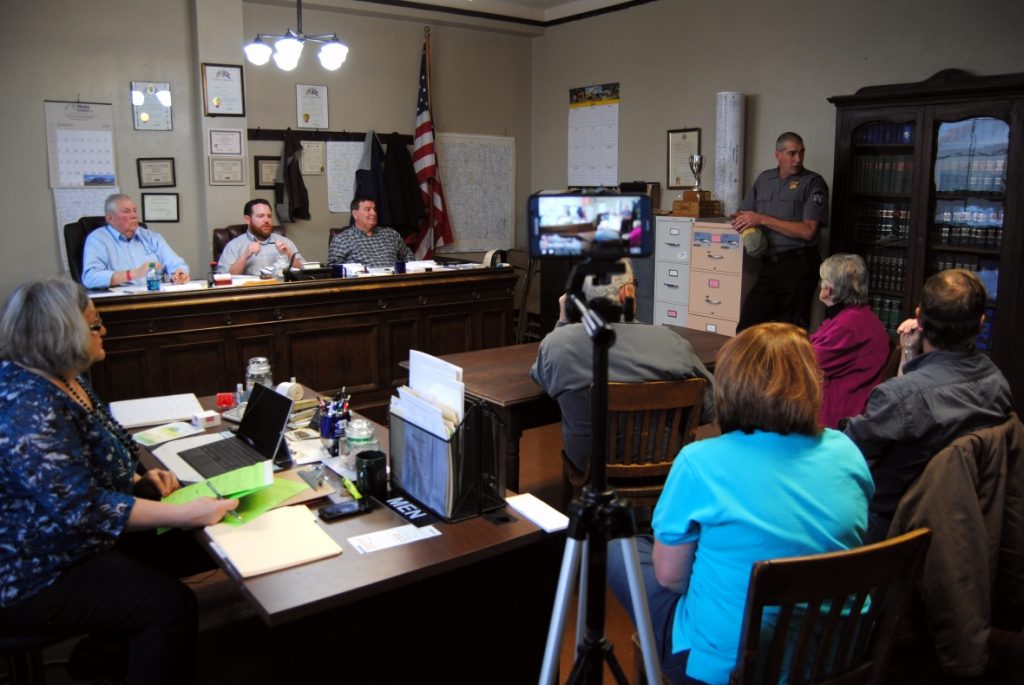 The Knox County Commission has given the approval for the Knox County Sheriff’s Office to enforce the ordinances of smaller Knox County towns without police departments of their own.

On Friday, January 20, 2017, representatives from Baring, Knox City and Novelty met with the Commission and the Sheriff to discuss the enforcement of their ordinances and to request the Sheriff be permitted by the county’s governing board to do so.

The Commission voted to allow the effort for this year contingent on individual approval by each town council for this year. Baring, Knox City and Novelty ordinances can be enforced by the Sheriff. If other towns in Knox County want the Sheriff to be able to enforce their ordinances, their elected officials will have to vote to approve it.

A video of the meeting is below. More information about this agreement will be included in the January 25, 2017 edition of The Edina Sentinel.