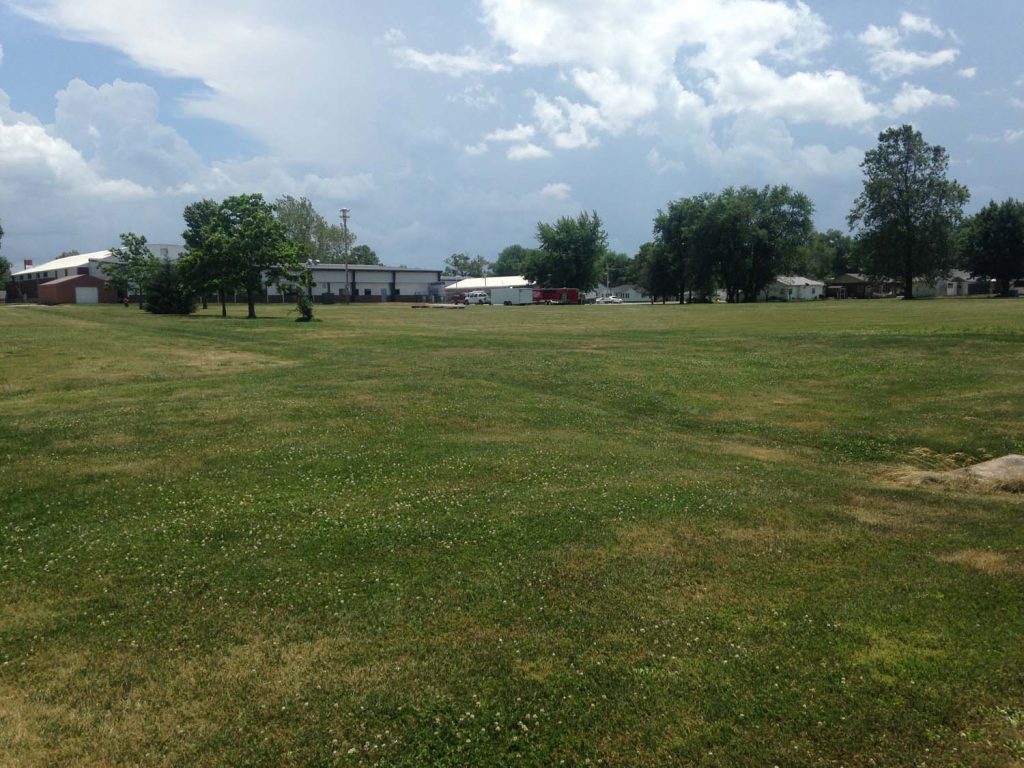 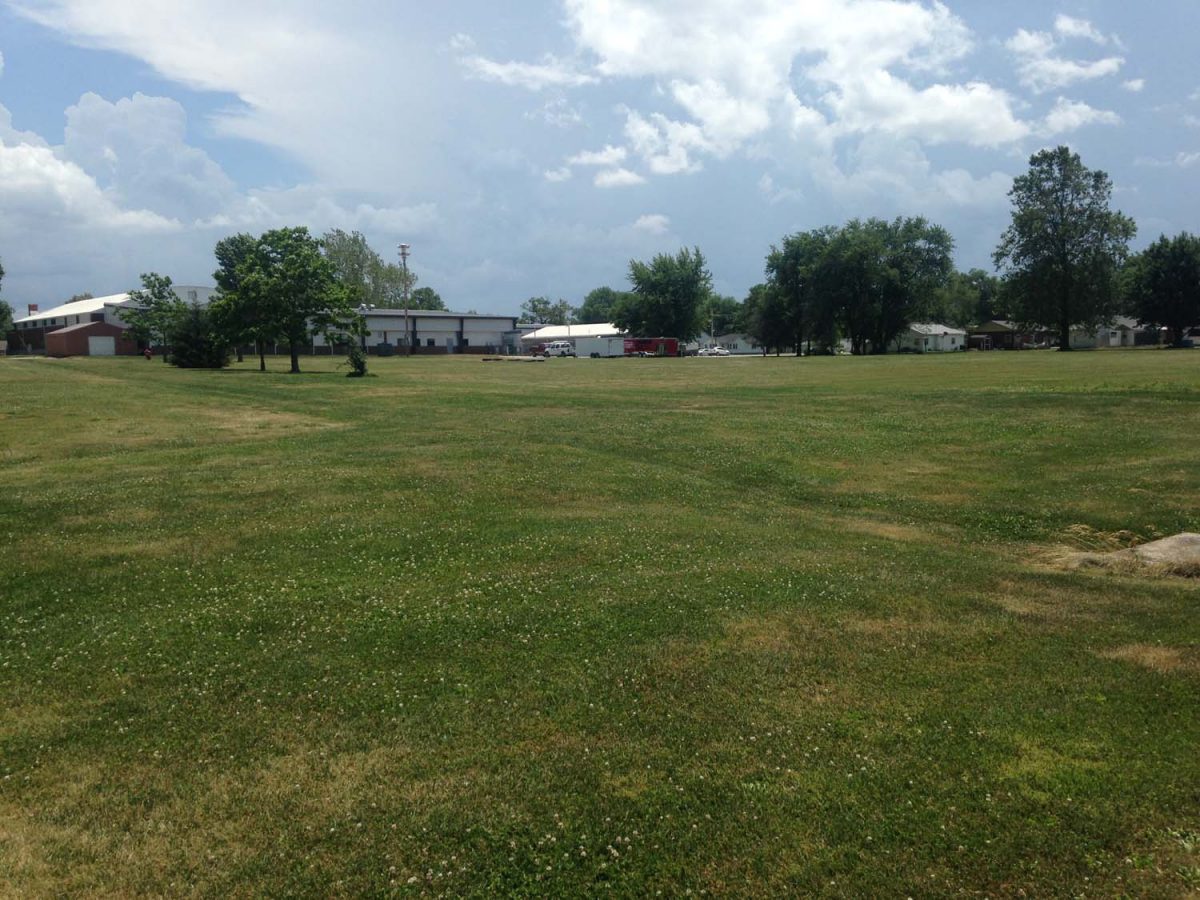 This is the site where CCR-1’s new Early Childhood/Special Education building will be built.

Clark County R-1 school board members had a couple expensive surprises at their Thursday, June 8 meeting.

Joe Knochel, Mechanical Project Manager for Klingner and Associates, was on had to update the board on the progress of several of the projects approved by voters in the April bond issue. He brought with him designs for the new Early Childhood/Special Education building.

As currently designed, the building will have a brick front, which faces the rear of the Middle School, and metal panels on the other three sides. That did not sit well with board members.

“I thought we were building a brick building,” said board member Jason Acklie.

Board member Kari Bevans added, “It will be the back of the building that is most visible from the bus lane.”

“I want options,” added board member Craig Hunziker. “I don’t want it to look like a concentration camp.”

Knochel tried to assure board members that the metal panels are attractive.

“It’s still metal on the outside. It’s still going to fade and rust,” countered Hunziker.

“I found this out Tuesday,” Kracht said. “And we needed to discuss this.”

Board members were not opposed to building a hardened area in the school, but were clearly aggravated that it hadn’t been brought up earlier in the process.

Knochel said, “I will find out what the costs for brick or precast will be, and in the near future we will have better numbers for you.”

Bids for the new building, new security entrances, exterior elementary doors, and the card security system are expected to be ready to send out in August.

Members from the Clark County Football Association were on hand to discuss adding a 14×48 foot digital scoreboard for the football field. The scoreboard is a refurbished digital billboard. Current, Quincy Notre Dame, Quincy University, Hannibal and Brown County have the scoreboards, which will cost between $75,000 and $90,000.

“I’ve told them that we don’t have the money for that,” said Kracht.

CCFA members believe the money can be raised from the community, and ongoing advertising sales profits can be set aside for future turf and track replacement.

They also said the board could be used to highlight different school activities, show commercials, and pregame highlights.

“I feel the time is right to do something like this,” said Coach Ethan Allen.

The board gave its consent to allow the CCFA to try to raise the funds.

-Accepted a concrete grinding bid from Masterpiece Decorative Concrete Solutions of Wyaconda in the amount of $6300 to grind the elementary bathroom floors.

-Approved a handbook for the use of the Chromebooks. There will be a $25 technology fee for students.

-Approved handbooks for the High School, A+ Program, and the Alternative School.

-Approved a change to the Wellness Policy required by MSBA.

-Discussed the name of the new Early Childhood/Special Education building. The district will seek public input on Facebook and other areas.

-Approved dates for next school year. Homecoming will be Sept. 15 vs. Palmyra, and Courtwarming will be Feb. 12 vs. Centralia. Prom will be April 7, as later dates have conflicts, and Graduation will be Sunday, May 20.