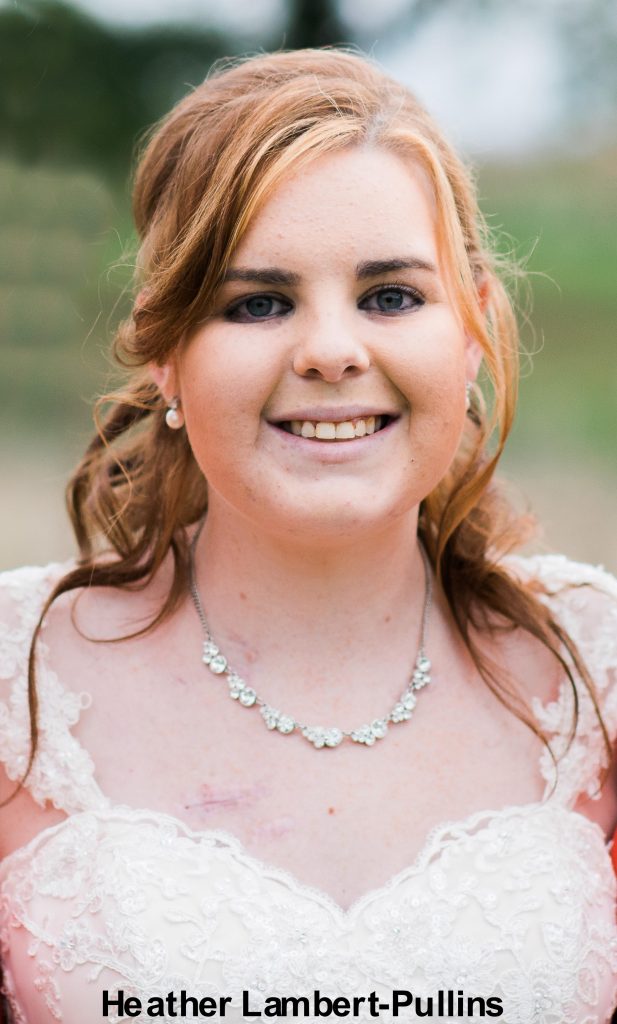 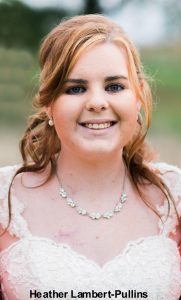 She was born on April 19, 1994 in Keokuk, IA, the daughter of Ron and Amy Case Lambert. She graduated from Central Lee High School with the Class of 2012. On October 1, 2016, Heather was united in marriage to Peter Pullins at the New Testament Christian Church in Keokuk.

Heather had been a Girl Scout and loved attending Girl Scout Camp. She was very interested in science and received the honor of Grand Champion at the State Science Fair. She was a cheerleader in high school and was also the water girl for the Wayland Fire Department. She enjoyed camping at her grandparent’s campground, going on road trips and watching TV and movies. She always looked forward to her birthdays and getting mushrooms from grandpa. Heather learned to play Skip-Bo at a very young age and was a very serious cut-throat player.

Heather bravely fought a life-long illness of Cystic Fibrosis and participated in numerous clinical trials. Her fight was tough, but she was tougher. She spent a lot of her time as a patient at the University of Iowa Hospital and had been member of the U of I Student Advisory Council for six years. As a member of the Council she was able to help design the new Children’s Hospital. Heather was a former wish recipient from Make-A-Wish Foundation. She continued to be involved in the Foundation, assisting in helping grant wishes to others. Heather had a passion to become a nurse and care for others. She recently realized her passion while caring for a special loved one.

In lieu of flowers memorials may be made to University of Iowa Foundation/ Cystic Fibrosis Research Center, for her lifelong doctors to continue researching a cure.