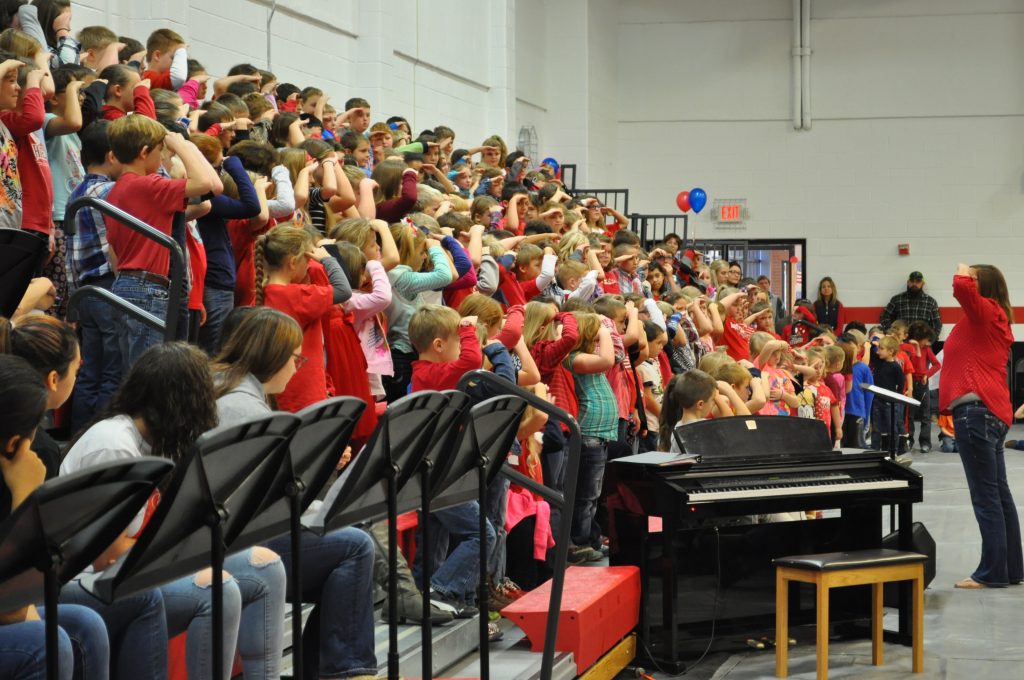 The Knox County R-1 School District has continued the annual tradition of inviting local veterans to breakfast and a special ceremony in their honor. This year, the featured speaker was Robert Speer, former Acting Secretary of the Army (January-July 2017). State Representative Craig Redmon also spoke during the ceremony and Lt. Colonel (Retired) Keith Gudehus served as the Master of Ceremonies.

The ceremony ended with a “mail call”, during which every veteran in  attendance was given a letter written by a KCR-1 student. The final element of the ceremony was the playing of TAPS by Music Teacher Matt Rayl.

The full video is included below.