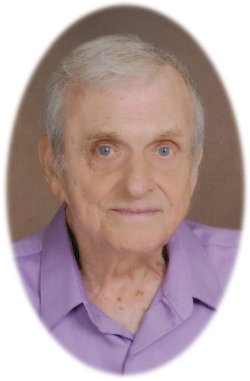 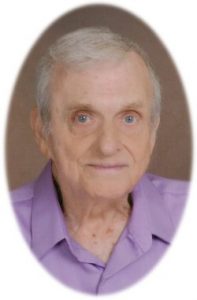 Charles was born in Fayetteville, Arkansas, on October 19, 1928, the son of Edward D. and Mamie Elizabeth Owen Gossman.

He was raised in Lancaster, Missouri and attended the Lancaster High School before serving his country in the United States Navy. Charles returned home and attended Gem City School, in Quincy, Illinois, to learn watch repair and jewelry. After repairing watches alongside the local shoe repairman, he purchased the building on the square in Edina and opened Gossman Jewelry. They operated the jewelry store until his partial retirement in 1992, when his son Randy took over the store. He continued to help out just to keep busy.

On June 2, 1951, in Kirksville, Missouri, he married JoAnn Jackson, whom he met at the “Leo’s Roller Rink” and they never skated alone in life.

He was a member of the Edina Christian Church, serving as deacon and church board member. They loved to live in the country and grow things and shared the harvest with friends.

A Celebration of Life with Reverend Maynard Blackwood officiating and music provided by Rita Worthington and Wynona Banks was held Thursday, April 5, 2018, at the Doss Funeral Home in Edina, Missouri.

Burial was in the Highland Park Cemetery in Kirksville, Missouri.

An expression of sympathy in memory of Charles Gossman may be left to the Edina Christian Church. A memorial may be left at or mailed to the Doss Funeral Home 208 N. 4th Street, Edina, Missouri 63537.