Fortunately, there were no injuries reported, although there was a small grass fire near the derailment.

Local farmer Bill Schutte heard the noise of the derailment, and went outside his house, which sits about a quarter-mile to the west of the accident site.  Schutte owns the land on both side of the railroad.

“I heard the loud screech and crash, and went outside.  There was a huge cloud of smoke and dust,” Schutte said.

Schutte said the last derailment there took place in 1954, in about the same location.

At present, there is no confirmed number of rail cars available, although Clark County Sheriff Shawn Webster said, “It’s a lot.”

According Clark County Assistant Fire Chief Mick Wood, the locomotives pulling the train didn’t stop until they were almost two miles past Medill. Wood also stated that it didn’t appear any hazardous materials were involved.

The accident is under investigation.

UPDATE 1-It appears that approximately 17 train cars were involved. See aerial photos below: 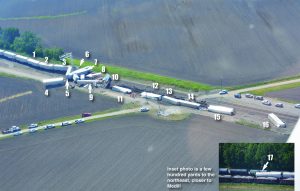 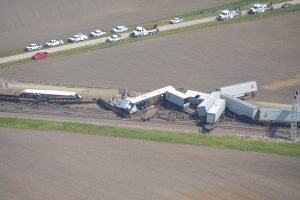 We will update this story when more information is available.

Below is video shot live at the scene, as well as a number of photos. 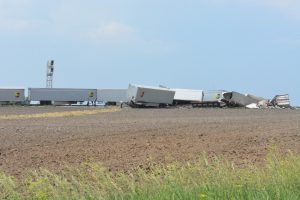 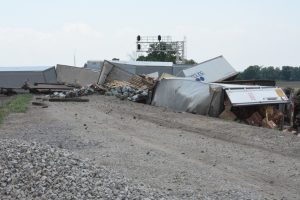 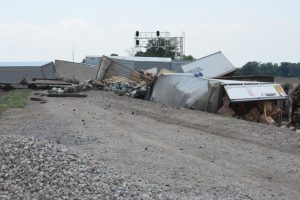 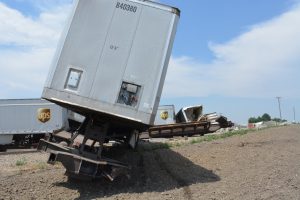 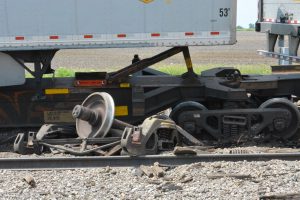 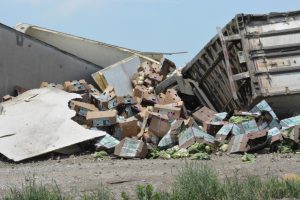 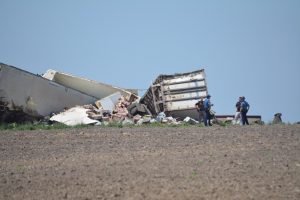 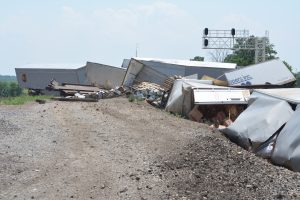 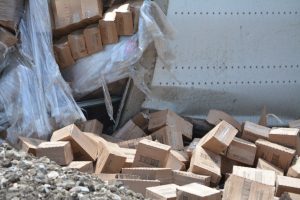 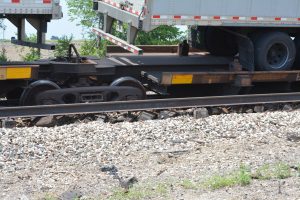 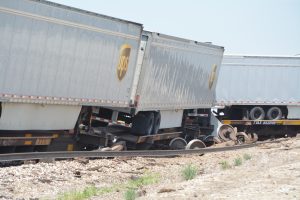