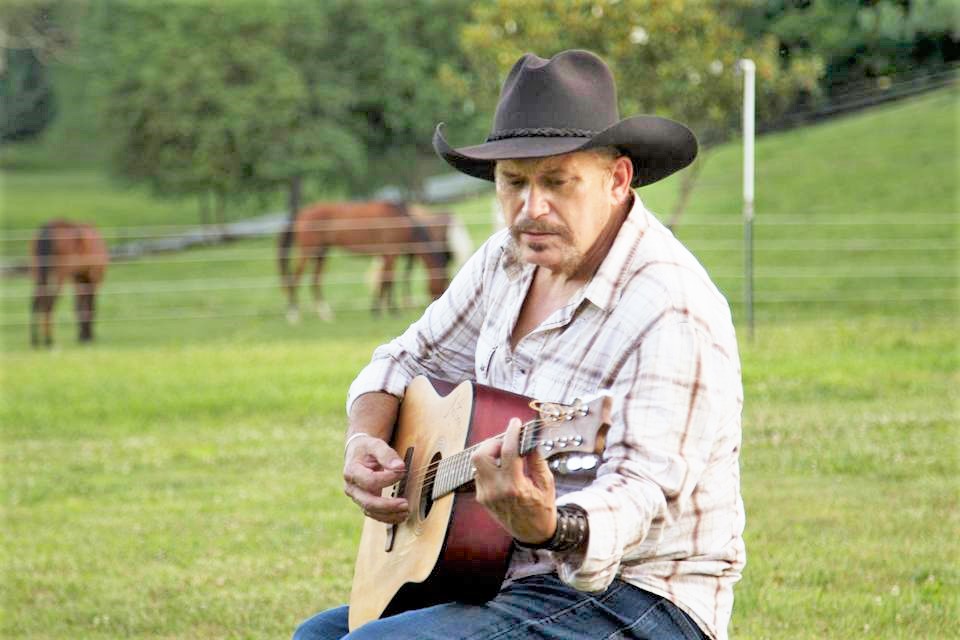 The Knox County Community will once again hear the Country Christian and Gospel music of Nashville recording artist, Tim “Montana” Morss, on Friday evening, June 22, 2017 from 5-7 p.m., when he fills the Knox County Courtyard with guitar music and the songs he has written and recorded. Morss performed on Sunday afternoon of the Knox County Corn Fest in 2017.

No stranger to music and originally from Galesburg Illinois, fifty miles west of Peoria, Montana has been living in and around “Music City”, Nashville, Tennessee, since 1990.

Starting Guitar at the age of 9, he began writing, which came from being born into a musical family. Soon playing and singing with his family at P.T.A.’s and Homecoming’s. In fact, his late Mother played piano for the first band he was in. At the age of 14, his second band, “The Plainsmen”, played the “Midstate Opry”, as well as many other venues and playing on the radio. At 15 years old, he became a “disc jockey” on a 50,000 watt Country FM Station for two years in my hometown and was privileged to know and play at this young age with country music legend, the late Waylon Jennings. Later at WPUL radio in Florida, for a short time Morss was featured on various TV shows named in the TV Guide.

In the 1970’s, he began a band, “The Silver City Revue” that lasted ten years. The next era, he joined an established group from Ft. Madison, Iowa, called the “Ozone Ramblers” for two years. In 1990-1994, he toured with a group, “The Why Not Band”. Through those years, he wrote and perfected his songwriting skills, always known for my writing, guitar playing, and strong vocals. Montana married his wife Hope in 1996, and in 2000, after the “Lord” had been pursuing his since his childhood, he finally “surrendered”.

For more than sixteen years, Morss tailored his writing toward a life that had been bound and set free from years of using and abusing alcohol and drugs. He has been singing and sharing his testimony where the Lord has led him to the Women’s Nashville Rescue Mission for more than ten years, the past seven years at the Men’s Rescue Mission, in addition to ministering at rehabilitation programs, singing and speaking in churches and at community events such as Railroad Days in Galesburg and the Knox County Corn Fest in 2017.

Morss and his brother, Rodney, filled the airwaves with a hit song that Montana wrote called, “Born In America”. The duo is available for bookings.

In 2016, he co-wrote and recorded two singles for “Red Hen Record’s” at “Daywind Studios”. He is now in fulltime “music ministry” to spread the “Word of Faith” and share his testimony through Diamond M Ministries, dedicated to helping those with drug and alcohol addictions. Montana’s desire is to share the Saving Grace of Jesus through his music and personal experiences by “Feeding the Word of God, to a Hungry World”