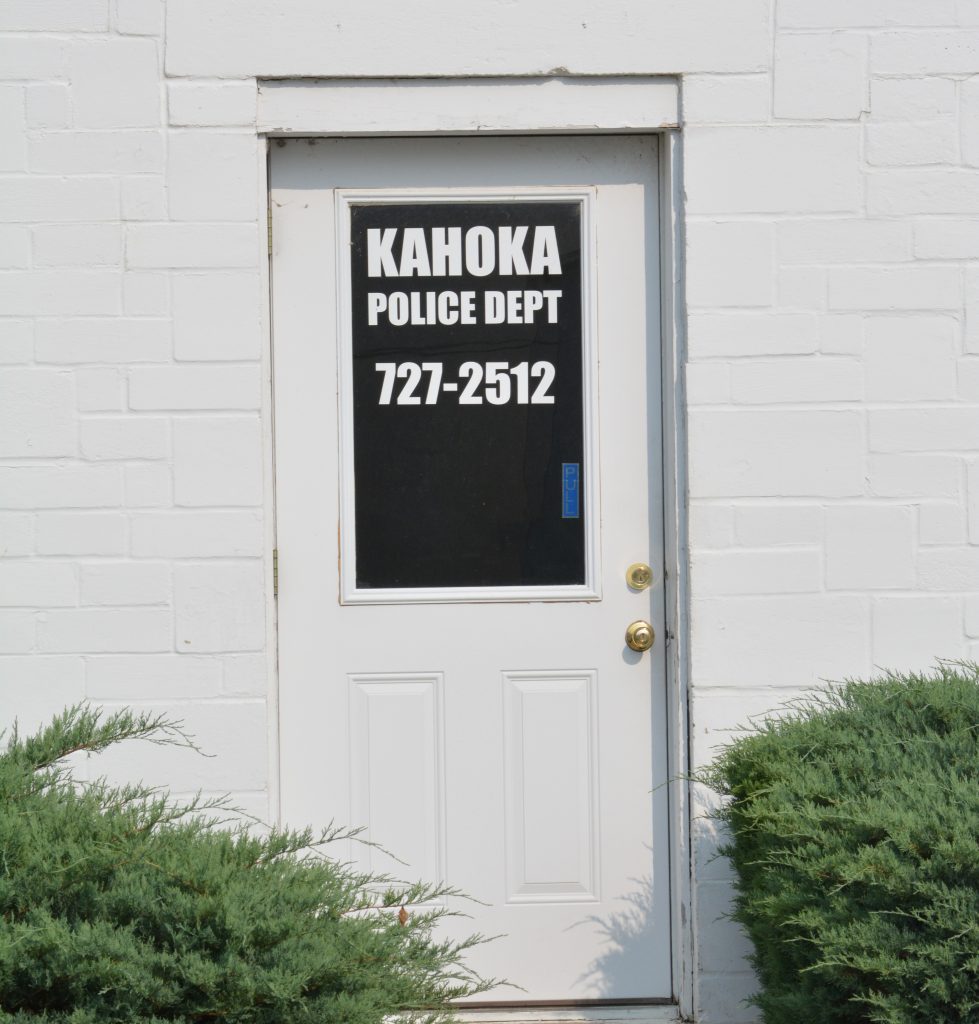 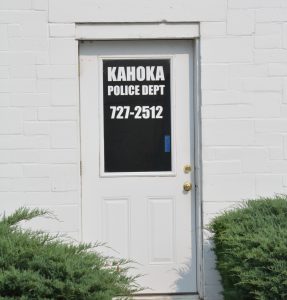 Edwards was terminated between August 6 and August 8, 2018.  According to a Facebook message from Edwards, he was, “threatened in voicemail by Chief Bill Conger to find other employment the morning of August 6th. Then also on August 6th, later that morning in person, told to look for other employment. Then officially given an ultimatum to resign or be terminated on August 8th.”

On Tuesday night, Edwards told supporters outside City Hall, “I have never been reprimanded in any job, and I have done nothing illegal.”

Edwards’ 5:30 appearance before the council members was listed on the agenda as a closed session, but at his request, parts of it were open to the public.  It also was delayed because two aldermen were late to the meeting.

Editor’s note:  The meeting itself jumped around as regular business was sandwiched in between the Edward’s 5:30 time slot, a nuisance ordinance hearing at 6:30, and a tax rate hearing prior to the start of the regular meeting at 7:00pm.

Section 8 of the city’s personnel handbook reads:  Investigation: The Board of Aldermen shall hear appeals submitted by any suspension, demotion, or dismissal and shall submit a written statement of facts, findings, and recommendations, to the City Council, whose action shall be final and conclusive.

Edwards asked the council to allow members of the public in support of him be allowed to make statements, citing Sections 2 and 5 of the city’s grievance policy. City Attorney Brett Bozarth responded that this was not a grievance hearing.

“This is an appeal of termination,” Bozarth said.

Edwards asked for the opportunity to question Police Chief Bill Conger in front of the council, and the council agreed, but closed that part of the meeting under RSMO 615.021 (c), although the exact statute was not cited, just “personnel”.

The public and media left the room, and Edwards questioned Conger about his termination in closed session. Both Edwards and the City of Kahoka recorded the closed session, according to Edwards.

Edwards later told supporters outside City Hall that during his questioning of Conger, he asked if he had ever been disciplined on the job, whether he worked all the hours assigned, and if he had done everything he was told to do.  According to Edwards, Conger agreed that he had done those things.

Edwards also said that he had played parts of a tape he had recorded in the August 6 meeting with Conger, regarding his termination.  According to Edwards’ description of the tape, there is a point where a chair can be heard being kicked over. Again, according Edwards, Conger told the board that Edwards had kicked over the chair and started around the desk.  Edwards claims Conger kicked the chair and approached him.

Edwards also claimed that the council asked what he wanted.  He told his supporters outside that he responded by saying that he wanted his job back, lost pay, and Chief Conger’s resignation.

Later, back in open session, several members of the public spoke on behalf of Edwards.

“I think Officer Edwards did a fine job.  He is a plus for the city,” said Sandy Kleine.

“I agree with Sandy,” added Kim Schantz, who is currently the Clerk of the Circuit Court.

Later in the meeting, Kleine questioned why the city would fire Edwards while continuing to employ Assistant Chief John Gaus, who she said is not allowed to appear in court.  She referred to him as a “glorified secretary”, and added that a new officer has, or had, a restraining order against him.

“The city is getting a name for its police department, and it’s not good,” Kleine said.

Kleine had also questioned the council about Gaus at a meeting earlier in the summer, and was told by an alderman that he had been “cleared”.

“First of all, John can write tickets, and go into court.  It’s when it involves a felony that it’s an issue–okay, so get it right,” answered Mayor Jerry Webber.

“Okay, Jerry, but why would you want to employ someone like that?  He’s been fired from the Sheriff’s Department.  He’s not a good cop.  I don’t understand why the city would even want to put themselves in that position,” Kleine replied.

“Other people don’t feel the way you do,” Webber countered.

“We are also reviewing everything in the police department, top to bottom,” injected Alderman Joe Roberts.

“That needs to be done,” said Kleine.

“It will be done,” answered Alderman Greg Sutterfield.

“I don’t think everything has been going kosher for a long time.  It taken a person to finally bring it to light…Nobody has really gone against him (Chief Conger) because everybody was scared to, and now, I think you guys have seen the light about what really is,” added Sheri Brunk.

“And there’s a ton more stories you don’t know, and can be verified,” said Kleine.

Bozarth stated that the board has to make a recommendation to the full council within two days.

On Thursday afternoon, The Media was shown a copy of board’s recommendation, which was to uphold Edwards’ termination.  We requested a copy of the finding under Misosuri Sunshine Law, and received the following response from the city:

We sent an email to City Attorney Bozarth questioning when the full council would act on the recommendation, and what that process would be.  He replied:

Police Chief Conger declined to comment on the advice of his attorney, stating it was a personnel matter,

Audio recordings of the meeting can he heard below: