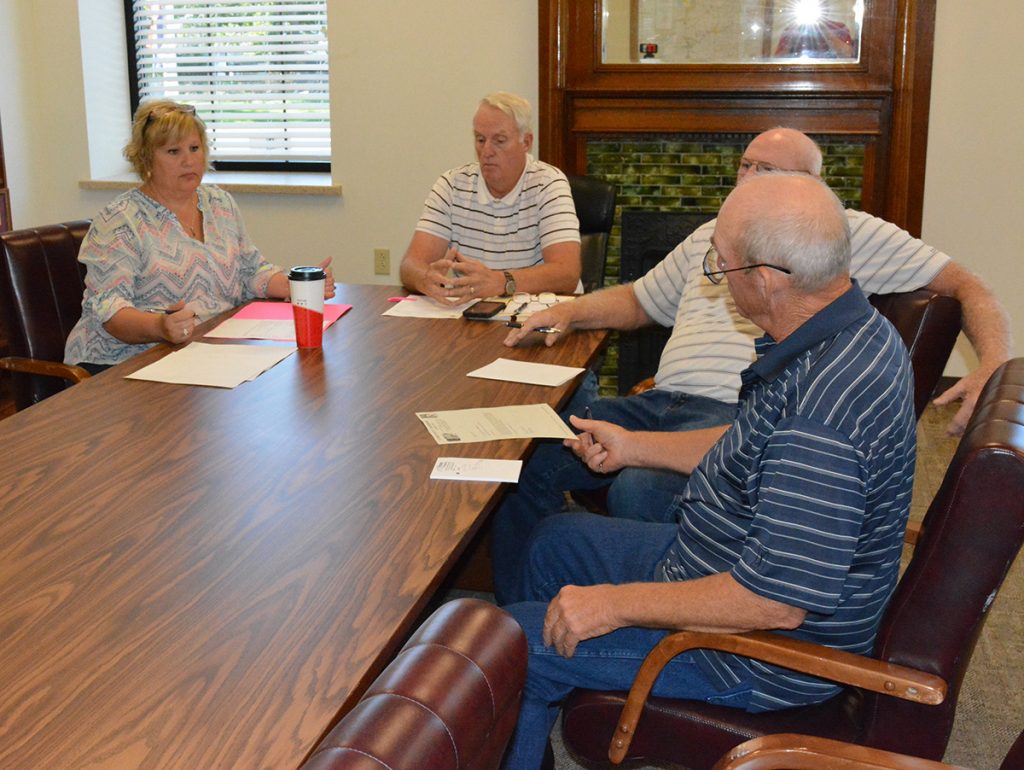 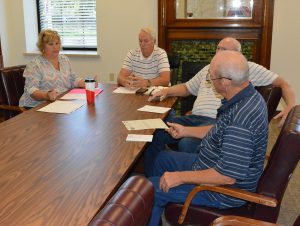 Clark County finally set their 2019 tax levy during a public hearing on Tuesday morning, September 11, 2018, on their third attempt.

Two prior hearings had been thwarted by incorrect published information, and while the information published in advance of this meeting was also incorrect, the Clark County Commissioners and County Clerk Jena Church had determined the correct numbers, and proceeded to present them at the hearing.

A simplified explanation of the process involved in determining a county’s various tax levies would be that the County Clerk enters various data, including the assessed valuations for real and personal property, as well as new construction and improvements and other information, into a worksheet provided by Missouri State Auditor Nicole Galloway’s office.  That work sheet, in turn, calculates a rate ceiling.

According to Galloway’s 2017 review of tax rates (Report No. 2017-143): “… tax rate ceilings were determined based on the requirements of Section 137.073, RSMo, and Missouri Constitution, Article X, Section 22 (commonly referred to as the Hancock Amendment). Each tax rate ceiling is determined annually and is adjusted to ensure revenue neutrality. The review of each tax rate ceiling is based on the assessed valuation for the entire political subdivision and is not calculated on an individual taxpayer basis.

To ensure taxing authorities do not receive a windfall from reassessment, the review of property tax rates begins with the prior year allowed revenue. Current year tax rate ceilings must be set to yield the same gross revenue as allowed in the prior year. In addition, an adjustment is made for additional revenue permitted for assessment growth. That adjustment is the lower of (1) the actual growth rate, (2) the inflation rate as determined by the consumer price index, or (3) 5 percent. Factors such as new construction and improvements, newly added territory, newly separated territory, and changes from locally assessed to state assessed property also affect the tax rate ceiling calculation.”

In short, the Auditor’s responsibility is to ensure the county’s tax revenue remains neutral, adjusted for assessed valuation growth and inflation.  Further, the tax ceiling is then “rolled back” to account for local sales tax revenue, resulting in the current year tax levy.  In general, when valuation increases, levies decrease.

In the case of all the information published in The Media to notify the public of the Tax Rate Hearing, the “roll back”, also called the sales tax reduction, was not entered into the worksheet.  In addition, some of the calculations were incorrect.

“We think there were mistakes made, and they’re all corrected now,” said Clark County Presiding Commissioner Buddy Kattelmann.

The Road and Bridge valuation, when multiplied by the levy equals $719,593 revenue for that department.

Below is a chart provided by the Missouri State Auditor’s office showing Clark County’s valuations and levies since 2014. 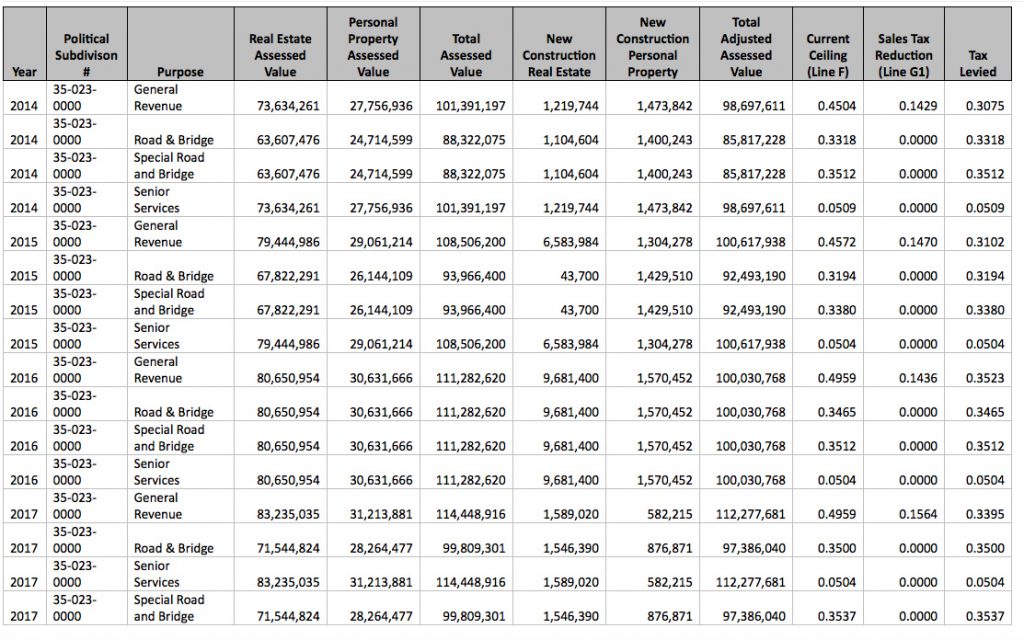 Watch the entire tax hearing below: