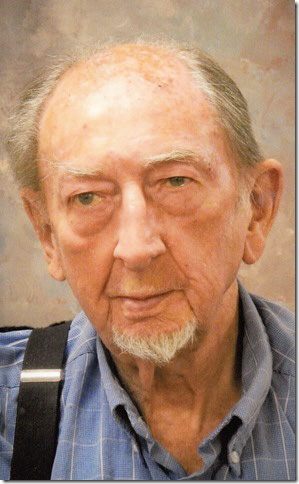 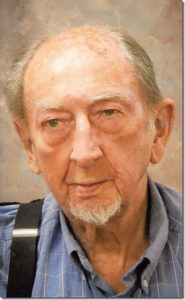 Doc  was born April 13, 1933 in Antioch, MO, the only child of Kenneth and Ruby Harper Kirchner.   He was referred to as Gene and Doc by family, friends and patients.

Survivors include his sons, Derek E. Kirchner and Drs. Darren (Kelley) Kirchner, all of Kahoka; a sister-in-law, Marvene McCoy of Lebanon, MO; six grandchildren: Amanda (Jason) Lubbert of Quincy, IL, Jennifer (Brad) Richardson of Carthage, IL, Galen Kirchner of Denver, CO, Braydon, Breanna and Briston Kirchner, all of Alexandria, MO; four great grandchildren: Leah and Emma Lubbert and Harper and Brilynn Richardson; a niece, Tami McCoy of Rosamond, CA and her family; as well as several cousins and other relatives.

He was preceded in death by his parents; his wife, Lois; a son, Drew Kirchner; daughter-in-law, Dawn Washburn Kirchner; and brother-in-law, John McCoy.

Kenneth graduated from Kahoka High School.  He attended Central Methodist University  and Cleveland Chiropractic College in Kansas City until entering the service.  He served in the U. S. Army from 1954 until 1956. He then returned to Kansas City, graduating in 1958.   He became licensed in January of 1959 and practiced in Kansas City until the summer of 1960.  He returned to Kahoka and in January of 1961 established the Kirchner Chiropractic Clinic, taking over the business from Dr. Grace L. Gray.  He was constantly continuing his education and learning, writing about, and teaching new techniques.  He served as a former President of the Missouri State Chiropractic Association, 1968 and 69; was appointed by the Governor to the Missouri State Board of Chiropractic Examiners, and received the Missouri Chiropractic Achievement Award, and many other awards too numerous to mention.  Upon retirement, he had served over 35,000 patients in his 52 years of practice.

Doc was dedicated to his profession, but he was also dedicated to his wife and family and community.  He helped form a Cub Scout group in Kahoka and was active in the Kiwanis.  He and Lois were both pilots.   Doc was also a concert pianist, having been taught as a young boy by teachers that lodged in the family home while teaching at Antioch. In his spare time, he loved growing roses, watching and collecting eagle figurines, and was an avid gun collector.

Funeral services were held Saturday, October 6, 2018 at 11 a.m. at Wilson Funeral Home in Kahoka with Pastor Shawn McAfee officiating and Darren and Derek Kirchner as eulogists.

Burial was in the St. Paul Cemetery.

Visitation was held at Wilson Funeral Home between the hours of nine and five on Friday with family receiving friends on Saturday from 9:30 a.m. until services at 11 a.m.

Memorials were suggested to the Clark Co. Nursing Home or the C.A.R.E. Association.