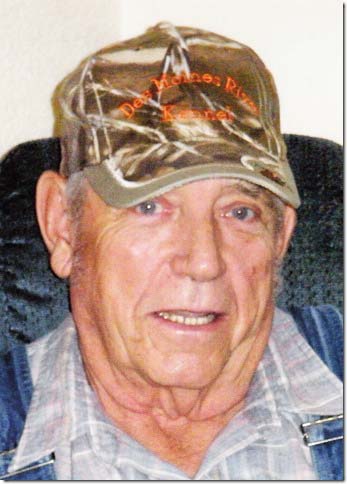 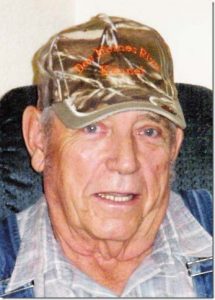 Paul Leroy Christy, age 81 of Revere, MO, passed away on Saturday, June 8, 2019 at Blessing Hospital in Quincy, IL.
Leroy was born July 24, 1937 on a farm north  Revere, MO a son of Harold and Pancy Deer Cecil.  Following his mother’s death he was adopted by George and Laura Christy.
Leroy graduated from Revere High School with the Class of 1955.
On February 27, 1956, he married his high school sweetheart, Wyrene Scobee.  They were married 63 years at his death.
Survivors include his wife, Wyrene of Revere; three sons, Terry Christy of Kahoka, Clayton (Kelli) Christy and Fred (Beverly) Christy and one daughter, Dena Christy (Lee Wayland), all of Revere; nine grandchildren and their families: Lindsey (Nate) Benstine, Mike (Tia) Christy and Trey Christy, all of Keokuk, Brittany Christy of Carthage, Amber (Robert) Boltz of Kahoka, Angela (Sean) Gray of Revere, I. C. Christy of Argyle, Matt (Nikki) Horton of Wamego, KS and Jeremy (Joie) Lomogda of Sanford, NC; 16 great grandchildren; two sisters-in-law, Ruth Clay of Canton and Leih Ann Hayden of Kahoka; as well as other relatives.
He was preceded in death by his parents; two brothers, Harold Vice and Jim Hayden; a grandson, Justin Christy; and brother-in-law, Raymond Clay.
After high school, Leroy went to work for Electro Metals, then General Mills – retiring after 33 years in 1992.  He was a member of American Federation of Grain Millers Local Number 7.
He loved to hunt and especially fish.  He had been on a trap team in Revere with neighborhood guys.  When the boys were young he was a Boy Scout leader with Bill Hufford.
He was an excellent woodworker.
Leroy was very family and community minded.  He was a member of the Revere Fire Department and in 1993 the Christy family was instrumental in organizing meals and fund raisers for the St. Francisville Community Center and Leroy was generally there with a friendly smile and sometimes with a dish towel in his hand.  He cared about what was going on and he and Wyrene did whatever they could to support it by their attendance and also the many activities their kids and grandkids were involved in.  They were rarely seen without the other and he always made sure even though he didn’t ride, that Wyrene made it to many parades so she could be a part of it.  He was a good friend to all he met.
Funeral services were held Wednesday, June 12, 2019 at 10 a.m. at Wilson Funeral Home in Kahoka with Pastor Gary Whitaker officiating.  Special music was “Strong enough to Bend”, “Daddy’s Hands” and “If you Go”.
Honorary pallbearers were Charles Boyd, Gerald Allison, Merlin Alderton, Bill Hufford, Kenny McWhorter and James Neves.
Pallbearers were Mike Christy, Trey Christy, I. C. Christy, Matt Horton, Robert Boltz and Sean Gray.
Friends could call at Wilson Funeral Home after 9 a.m. Tuesday with family receiving friends from 6-8 p.m.
Memorials in lieu of flowers were suggested to the Peaksville Cemetery.
Burial followed in the Peaksville Cemetery.
On-line condolences may be expressed at www.wilsonfuneralservice.com.
Posted in AREA OBITUARIES