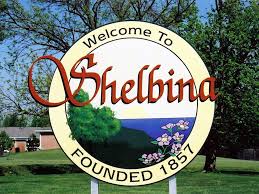 Shelbina City Marshal Gerald Fenton has been charged with failure to register a motor vehicle/trailer annually with the Missouri Director of Revenue.

According to the “Information and Request for Summons,” the Special Prosecuting Attorney of Shelby County, Joshua Meisner, charged Fenton with a class B misdemeanor of failure to register a motor vehicle between February 1, 2018 and August 2, 2019 in Shelby County.

The document alleges that the defendant owned a motor vehicle operated or driven on a highway or city street and failed to register the vehicle.

In the probable cause statement, it reads, “The report of Fenton driving his unregistered 2018 Ford was only reported as of August 2019. Fenton also knowingly possessed plates of another by putting his son’s 2005 Ford plate on the front of his 2018 Ford truck.”

According to court documents the witnesses were Fredrickson and David Dovin.

However, information shown on Case.net indicates that Fenton was only charged with failure to register a motor vehicle. As a result, Fenton has not been charged on the alleged second traffic offense.

On September 30, 2019, Shelby County Associate Judge Mike Greenwell recused himself and Judge Kristen Burks was assigned to the case.

Attempts to contact Meisner by the Shelby County Herald about the case were unsuccessful prior to press time.

“Thank you for taking the time to contact me and at least verifying the information,” said Fenton. “My attorney has advised me not to make any statements until it has been properly adjudicated.

“I would be happy to speak with you and answer your questions about this matter, once the court proceedings are over.”