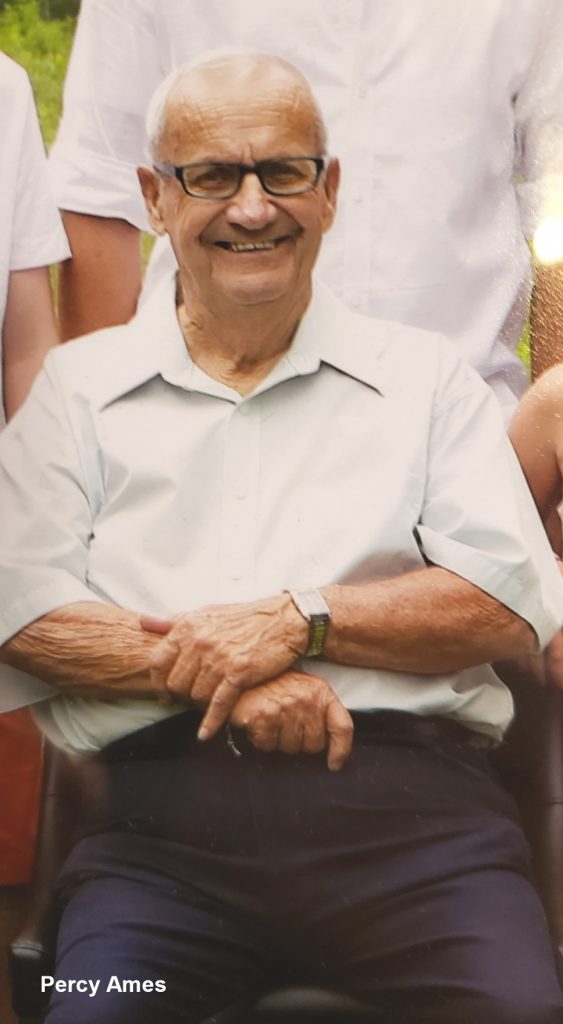 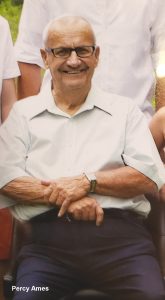 Percy was a veteran of the United States Army and proudly served in Germany during Peace Time.

At the age of sixteen, Percy began his carpentry career with his two brothers, Wendell and Kay Ames.

He worked alongside his brothers as a laborer and carpenter for several years.

He then worked for Leon Hutcherson for twenty-five years as a carpenter.

After that, went to work at Gate City Glass Company as a glazier.

He later opened up his own residential and commercial construction company where he had his two close friends, Lester Piersee and Robert “Bob” Neff alongside of him.

He then worked in construction with his son Jamie Ames.

This took him to his retirement, but he still enjoyed working alongside his son, Wes at Ames Contracting for many years.

He loved baseball and was an avid St. Louis Cardinals fan but, his favorite player was Anthony Rizzo from the Chicago Cubs.

Most of all, Percy enjoyed the time he spent with his family.

He was a faithful fan of all his grandchildren’s activities and sporting events, especially baseball and softball games.

A memorial service will be held at 2:30 p.m. Sunday, at the New Testament Christian Church with Pastor Derek Olsen officiating.  Burial with military rites will be in the Keokuk National Cemetery at a later date.

Visitation will be held prior to the service from 1:30-2:30 p.m., Sunday at the church with family meeting with friends at that time.

Memorials may be made to the Keokuk High School Athletics Department.