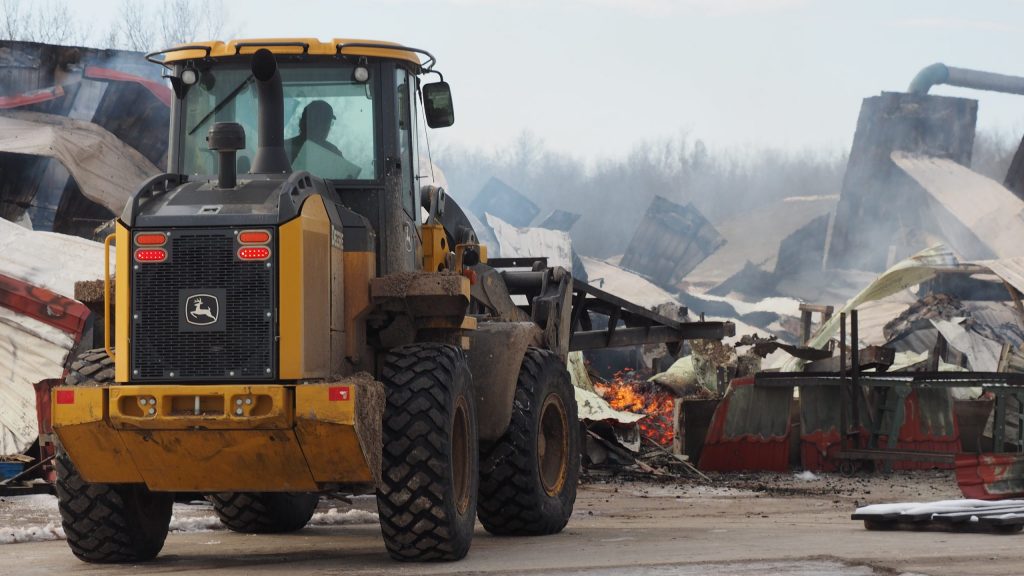 Knox County, Missouri – Sunday, February 16, 2020 – Volunteer firefighters from Edina and the Novelty/Plevna Volunteer Fire Departments were called to Cardwell Lumber in rural Knox County at approximately 6:00 a.m., according to a first responder.

The structure was fully engulfed by fire when firefighters arrived at the scene.

The cause of the fire is unknown.

The burned-out building housed the Cardwell Lumber Stave Mill and an area used to make barrel ends. According to the owner of the business, Leroy Cardwell, approximately 21 employees worked in the building, which will have to be rebuilt before operations can resume. The building was not insured.

“We will keep as many on as we can,” said owner Leroy Cardwell. “We’re going to rebuild.”

No one was in the building at the time of the fire. No injuries were reported.

The photos below were taken at approximately 8:30 a.m. 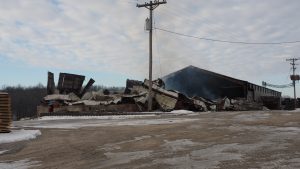 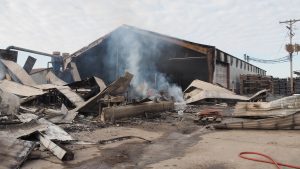 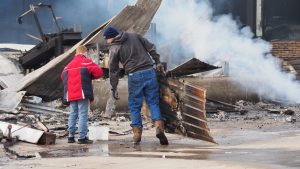 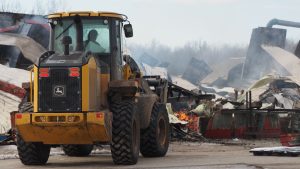