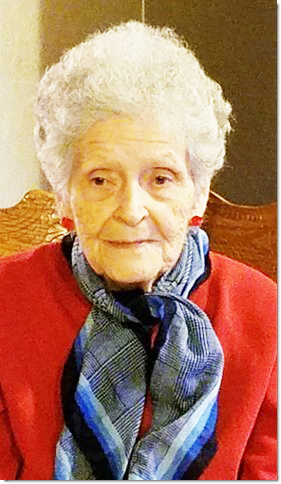 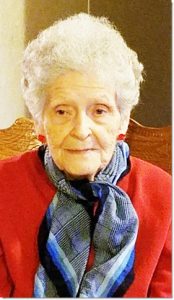 Dorothy was born January 28, 1926 in Keokuk, IA, the daughter of Elmer and Viola Marks Spurgeon.

She was preceded in death by her parents; her husband; one sister, Betty VanWinkle; and four brothers: Calvin, George, Cecil, and Elmer J. Spurgeon.

Dorothy cooked or worked in retail most of her life.

Among various jobs she held was as a cook for the Canton School District, Western Auto, P.N. Hirsch and the coffee shop in Canton.

Her last employment prior to retirement was at the Doggone Saloon in Williamstown.

Dorothy was a faithful member of the Peaksville Christian Church.

She enjoyed her membership in the Canton Eagle’s Ladies Auxiliary.

She loved going fishing, driving, and visits to the Mark Twain Casino.

She dearly love her family.

Graveside services were held on Monday, February 17, 2020 at 1:30 at the Wyaconda Cemetery with Pastor Shawn McAfee officiating.

Special music was  “Dancing in the Sky”.

Visitation was held on Monday from noon until 1:00 p.m. at Wilson Funeral Home in Kahoka.

Memorials are suggested to the Peaksville Christian Church or the Wyaconda Cemetery.