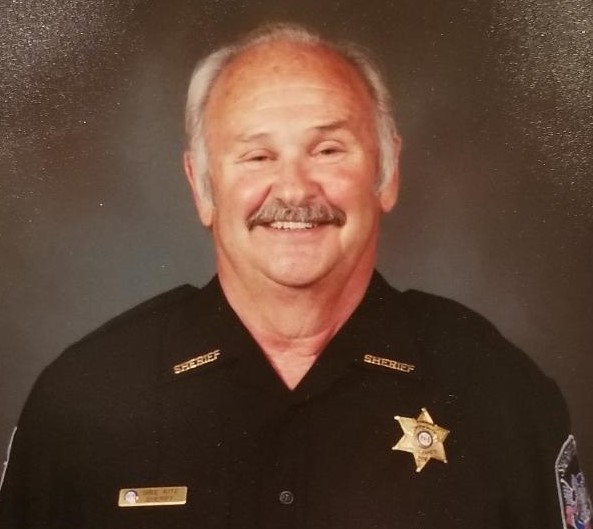 Knox County residents and members of the law enforcement community are mourning the unexpected death of former Sheriff and well-known law enforcement officer Mike Kite since his passing on Wednesday, June 10, 2020.

Kite, a career law enforcement officer, was well known throughout the state for his work in the field and locally as one of Knox County’s favorite sons.

Kite was honored on Friday, June 12, with a “last call” over the police radio in Knox County.
The Macon County 911 Dispatch Center called his number, Edina Police Department

Number 25, three times over the radio with no response followed by the following remarks:
“This is the last call for Officer Mike Kite. Thank you for your many years of service and duty to your community. You will be sadly missed. May you rest in peace and may God (be with) your family and friends. All units be advised – Edina 25 is 10-42. Macon 911 clear.”

The Edina Sentinel wishes to express our heartfelt sympathy to the family, friends and colleagues of Mike.

Mike was born on October 10, 1943, in Hurdland, Missouri, the son of Wendell Wayne and Marjorie Priscilla Black Kite.

He attended the Hurdland Schools, graduating in the Class of 1961.

On September 9, 1961, in Renick, Missouri, Mike married Bonnie Sue Overstreet and she waited on him for more than fifty-eight years.

Mike had a very diverse work history, starting with McGraw Edison, worked as a carpenter, owned and operated “Kite’s General Store” in Novelty, Missouri, custodian for the Novelty Schools, bus driver, para professional, and as an EMT. In 1993 he began his days of law enforcement, first working for the City of Edina, then as a deputy sheriff under Dan Bishop, then served as Knox County Sheriff for 12 years before retiring. After a couple years he returned to duty working part time for the City of Edina and the Knox County Sheriff’s Office.

He enjoyed baseball, photography, attending yard sales, collecting memorabilia, camping, hunting and fishing. Most of all he loved spending time with his kids and grandkids, his dogs, Skipper and Peco, and taking his great grandson, Wingnut train watching and playing with hot wheels.

Mike was a member of the Knox City Assembly of God, the Edina Masonic Lodge, had served as head of the Northeast Missouri Major Case Squad, a member of the Retired Sheriff’s Association and was a regular at Casey’s General Store, holding class with everyone.
He was a talker and never found a stranger.

Mike was preceded in death by his parents, Wendell and Marjorie Kite; siblings, James Kite in infancy, Karen Kite Gooch and Max Kite.

Honorary Bearers will be his brothers and sisters in law enforcement and his church family.

An expression of sympathy in memory of Mike Kite may be left to the Hurdland 4th of July Celebration or to the Mike Kite Scholarship to Law Enforcement. A memorial may be left at or mailed to the Doss Funeral Home 208 N. 4th Street, Edina, Missouri 63537.