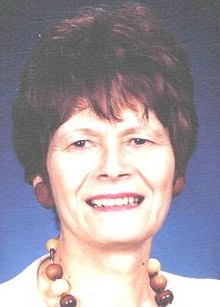 She was the daughter of De Hone and Roberta Helen Lewis Throckmorton, born October 17, 1939, at Knox City, Missouri.

Upon graduation, Donna began work as an office clerk at the Jackson Grain Company.  It wasn’t long however, until she met her future husband, Louis, during a lunch break at a café near her work.  Louis and Donna lived in Florida only months before deciding to return to Missouri, to farm with Donna’s uncle, Howard W. Throckmorton.

Donna pursued life with great passion.  She enjoyed gardening, interior decorating, and was a gifted businesswoman.  She not only was a partner with Louis in the daily operations of the farm, but also owned a lucrative purebred dog business.  Above all, she ensured her family and friends received daily care and love.  She was an active member of the Knox City Christian Church and her legacy is the family she left behind.

Expressions of sympathy in memory of Donna Dee Perry may be made to American Cancer Society or Hope Lodge in St. Louis, Missouri.  Memorials may be left at or mailed to Hudson-Rimer Funeral Home, P.O. Box 1, Edina, Missouri, 63537. E-mail condolences may be sent to hrimer@marktwain.net