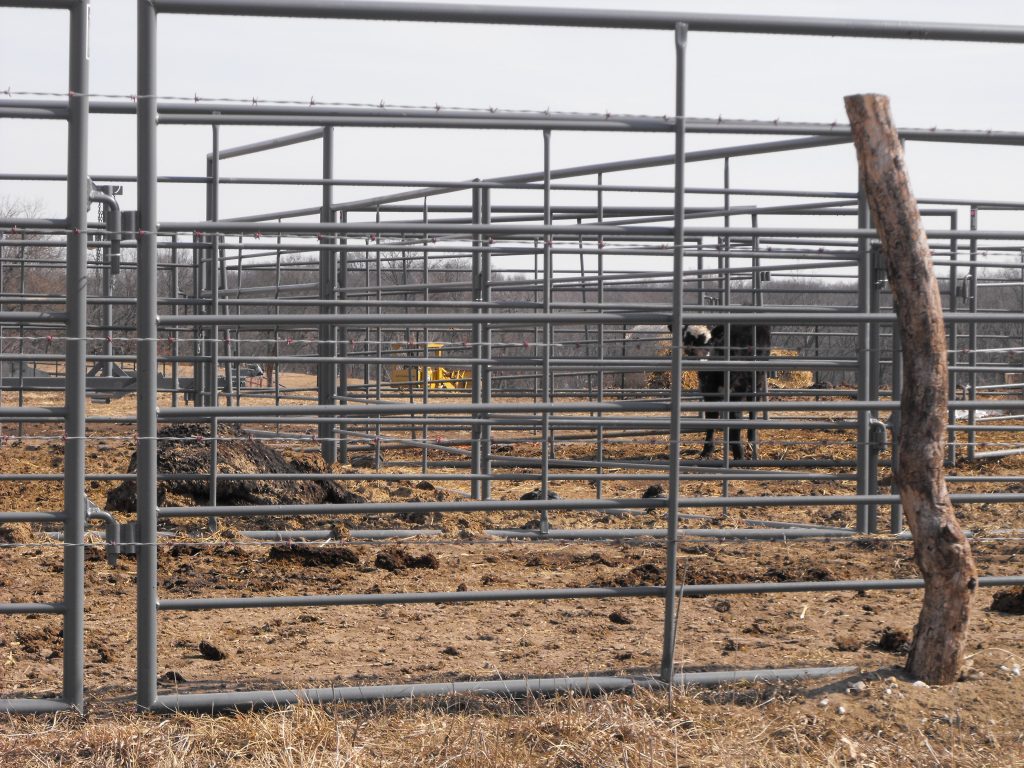 On Wednesday, February 26, 2014, the Knox County Sheriff Allen Gudehus responded to the report of animal neglect in a rural portion of the county northwest of Locust Hill (approximately five miles due south of Hurdland). When the Sheriff arrived to the area he found over 30 dead animals, angus beef cattle of varying weights and sizes, strewn across land owned by Gregg and James Marra, according to the Knox County Plat Map, which is being leased by Danny Gibbons of Edina.

Several of the animal carcasses were highly visible and resting within yards of two county roadways, County Roads 249 and 212.

According to Sheriff Gudehus a State Veterinarian was contacted to assist his office and contact was made with Gibbons, who owns the animals.

In a statement issued to the Sentinel by Christine Tew, Communications Director for the Missouri Department of Agriculture, Tew stated, “A District Veterinarian from the Department visited the site and provided guidance on burying the carcasses, which was underway when the veterinarian arrived. The Department would assist in an investigation if requested by the owner, local law enforcement, etc., but has not received any such request at this time.”

In Missouri there are stringent laws pertaining to dead animal disposal. Once an animal has been found dead the owner has 24 hours to dispose of the carcass.

According to Tew, the District Veterinarian provided only the “guidance” on burial of roughly 30 carcasses, which were in varying stages of decomposition, at Sheriff Gudehus’ request. And the Department of Agriculture has not opened, nor has it been asked to open an investigation into disease in this situation either.

On Friday, February 28, 2014, nearly 50 photographs were taken of at least 12 carcasses that could be seen from public land, County Roads 249 and 212, by this reporter as Mr. Gibbons worked in the background to dig a hole to bury them. Over a dozen large round hay bales could be seen in the vicinity of the carcasses but the bales were outside the fence and did not look as if they were accessible to the animals.

Inside a pen near the corner of the property one live calf, the only live animal that could be seen on the property, was being kept just feet from at least two carcasses and several yards from any hay. A water source for that animal could not bee seen.

A brief conversation with Mr. Gibbons was had at that time during which he stated he did not know how the animals died or how many animals were lost. He also explained that the one animal in the pen was recently put there because it was suffering from a broken hoof and it was being moved later that day.

According to a representative of the Humane Society of Missouri, it is normal to loose a few head of cattle during severe conditions like the particularly harsh winter we’ve experienced this year, but the deaths of over 30 head of cattle, even for a year like this, is a highly uncommon occurrence.

According to Jeane Jay, Vice President of Communications for the Humane Society of Missouri, an investigation into this matter has been opened by the organization and an Animal Cruelty Taskforce Investigator has been assigned to the case. If any criminal evidence is gathered by the investigator it will be turned over to the KCSO and it will be up to the Sheriff to turn it over to the Knox County Prosecutor.

According to Sheriff Gudehus, Mr. Gibbons has been “very cooperative” with the KCSO regarding the investigation and is working to bury the dead animals, the process of which was still going on, on Thursday, March 6, 2014.

The KCSO investigation into the matter is ongoing and it is unknown if any criminal animal neglect related charges will be filed against Mr. Gibbons.