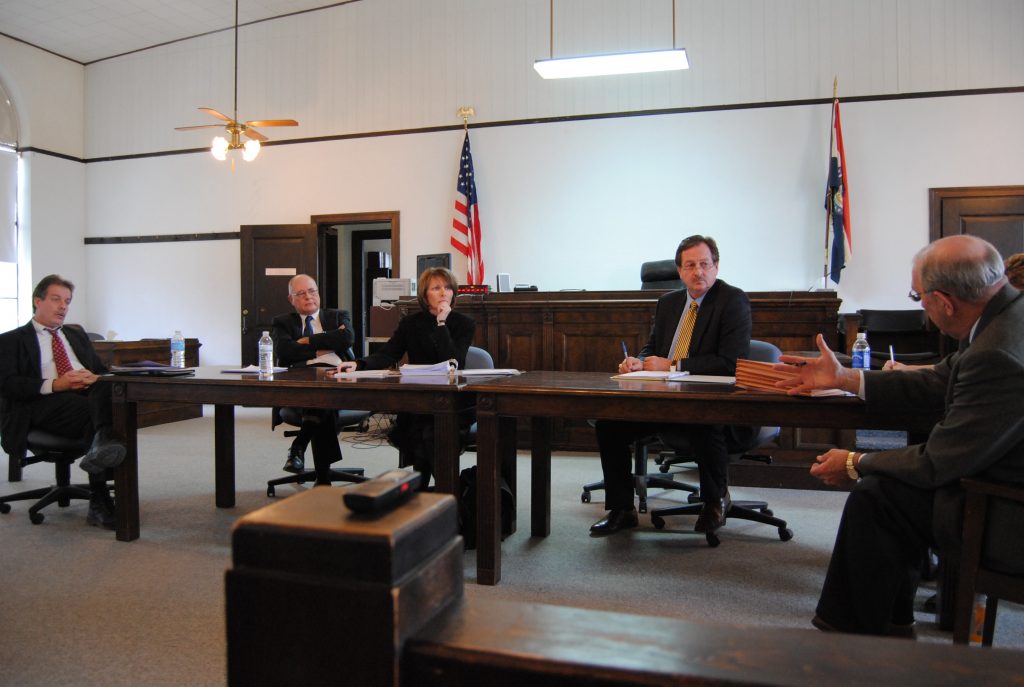 A public meeting of the Second Circuit’s Court en Banc was held at the Knox County Courthouse Tuesday evening, April 1, 2014.

The open session of the meeting lasted nearly an hour and at times the discussion was heated between the judges who met to take action on a number of issues including an administrative order concerning the consolidation of the Adair Circuit Clerk’s Office.

The debate over who should be “in charge” of the office has been brewing at the Adair County Courthouse for nearly a year since the authority of Linda Decker, the Adair County Circuit Clerk, was stripped by the judges of the Second Circuit and given to Judge Steele in may of last year.

After a number of failed motions and passionate addresses the judges ultimately voted unanimously to transfer the authority over the Adair Circuit Clerk’s Office from Judge Steele to Adair Associate Judge Kristie Swaim.

Once that decision is approved by the Circuit Court Budget Committee it will go into effect, according to Judge Steele’s attorney, Louis Leonatti.

There are several more layers to this story. More information will be released here and in The Edina Sentinel as we sort through it.