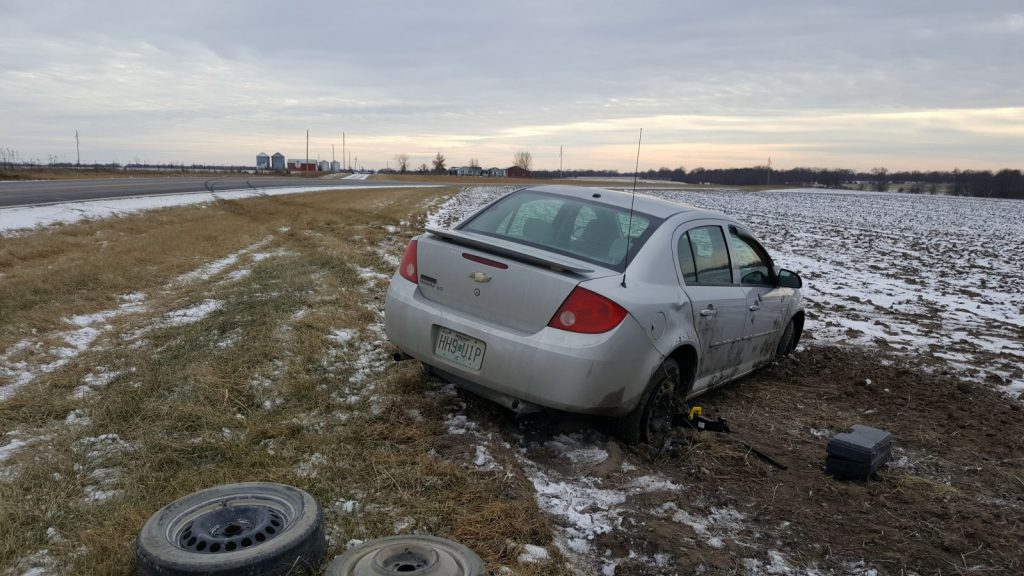 A Williamstown, MO, teen walked away from a rollover crash on one of Knox County’s most dangerous stretches of highway.

On Monday afternoon, January 9, 2017, Kevin “Nathan” Anderson, 18, rolled the sedan he was driving on the “S” curve west of Hurdland.

Anderson was wearing his seat belt and did not sustain any injuries in the crash.

Before emergency personnel arrived on scene, some people passing by pushed the vehicle right-side-up and back onto its tires.

“This is a dangerous stretch of road,” said Knox County Sheriff Robert Becker. “Fortunately, this driver was wearing his seat belt.”